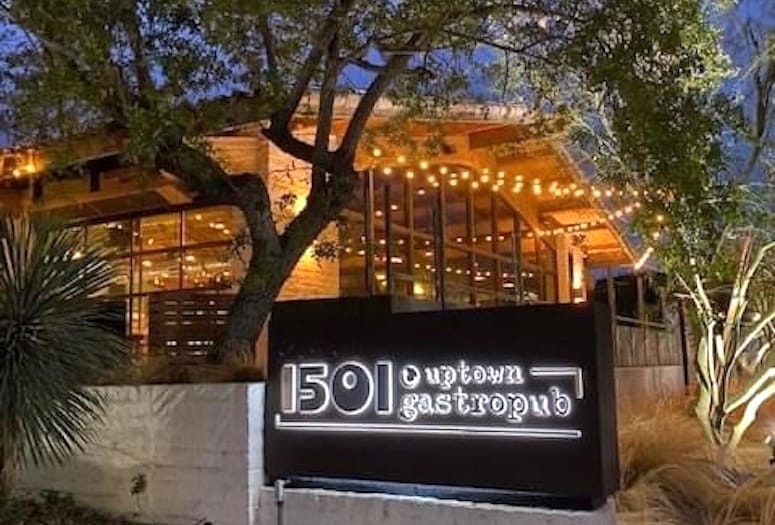 The restaurant will occupy the same space as the former Draughtsman, and will retain the original interior décor designed by Chris Pardo.
PHOTOGRAPHS COURTESY 1501 UPTOWN GASTROPUB

Sitting in the dining area of the newly opened 1501 Uptown Gastropub in Palm Springs, co-owner Willie Rhine can’t help but think about lunch.

Serving it, that is.

“The dining room has probably some of the best views in town, and the lighting inside is incredible,” says Rhine, who owns Eight4Nine restaurant in Palm Springs. “So it has to be open for lunch. It will be a great lunch spot.”

That’s to come. In the meantime, the former spot occupied by Draughtsman is now open for dinner and brunch thanks to a joint effort of Rhine and Chad Gardner, who owns 533 Viet Fusion and Roly China Fusion in Palm Springs. The pair have been working together in a catering effort for the past four years, so “this is just taking it to another level,” says Rhine. 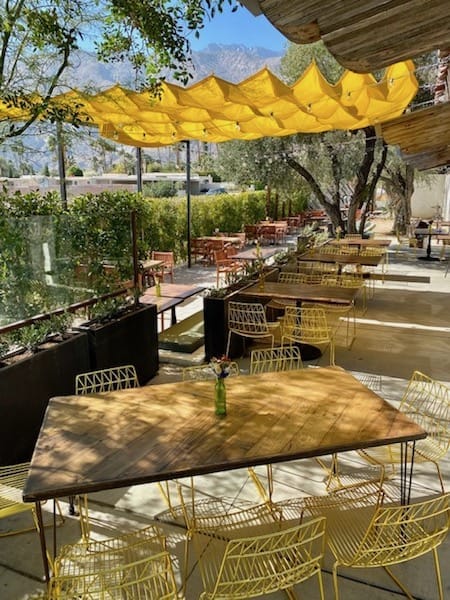 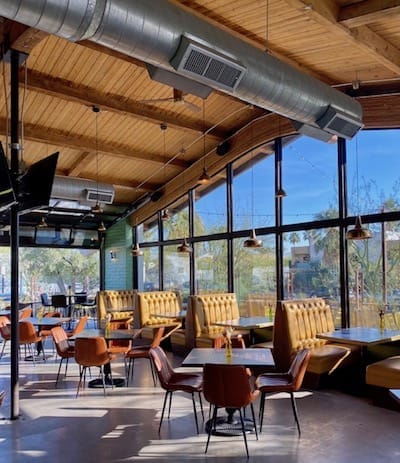 1501 Upton Gastropub offers great views from the interiors and ample seating outside.

Gardner will man the kitchen at the Uptown Gastropub while Rhine takes care of the front. That decision was easy for Rhine. “I can't cook," he says. “I think I've built the success of Eight4Nine as being very much a member of the community, a face of the community. I've always excelled in hospitality, I believe.”

Choosing to open during a pandemic? That decision was partly a matter of the numbers adding up, Rhine says. “Chad came to me with an opportunity to open 1501, and it was too good to pass up.” Rhine says. “I love the space. Both Chad and I have a great following here in Palm Springs, and I think people are eager to get out and eat. So I don't think I'll have any problem filling it up.”

“We wanted to take the success from Eight4Nine, and just take as much of the things that are working here as possible, and take them over there and adapt them to work in a casual setting,” Rhine says. “And what I've found works here is having a little bit of variety for everyone. So yes, we are going to have small plates, we'll have sandwiches, we'll have full entrees. So someone can come in and enjoy a sandwich and a beer, or they can sit down and have a three-course meal.”

Small plates range from avocado toast, house-made sourdough pretzels to chilled Tiger shrimp, while big plate meals include options like Willie’s Sherpherds Pie, chicken under a brick, and Albert’s Jackfruit “Crab Cake”. Weekend brunch offers based short rib and cracked potato hash, 1501 Eggs bene and bananas foster French toast. There is also a full bar with 24 beers on tap and a bar food menu is in the works.

The restaurant sits just south of Arrive hotel, which opens the possibility down the road of working in tandem to supply room service to hotel guests and catering opportunities. The hotel tends to cater to a younger crowd to create a vibe that Rhine calls a “‘Sexy Sister to Eight4Nine”. 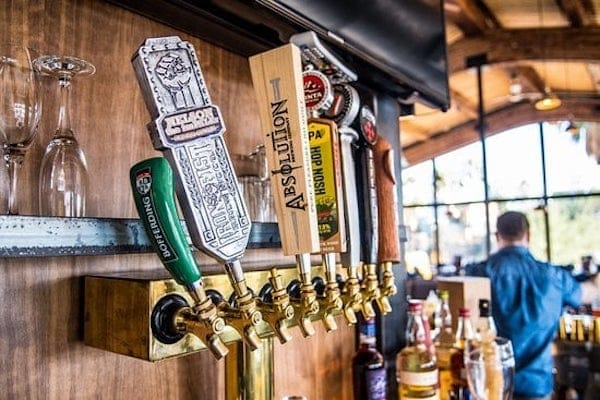 The bar has 24 beers on tap and a bar food menu is in the works.

“I think the clientele's probably going to be similar,” Rhine says. “Somebody described it as sexy. I think it might be a younger, hip clientele. Also, clientele that's looking for gastro pub, which is again, maybe more of a hit for the youth crowd.”

During limited seating capacities, 1501 Gastropub can accommodate 140 patrons. The patio can seat 75-100 people for private events, special gatherings, and seasonal parties when that is made permissible.

• READ NEXT: Las Palmas Brewing Creates Its Own Table Brew.