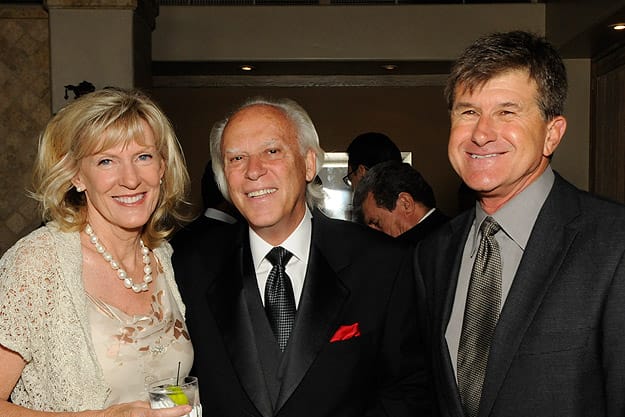 Giving children a safe place to play, learn and build character is the Y mission. Part of that scenario is consistency and dependability. The Y serves more than 3,500 kids every day across 44 sites from Palm Springs to the Salton Sea. The Y announced the launch of their “Y Be Fit” program to involve parents in the fight against childhood obesity, part of the Humana Challenge; and the goal to teach every Coachella Valley child the life saving skill of how to swim.

The Y’s Golden Circle Dinner at Wally’s Desert Turtle for their donors at the $1,250 and above level delivered, just as it does year after year, with consistency and grace. Board members Joe Hayes, Susie Harvey, Sally Simonds and Jim Latting were on hand to say thank you to their guests. Board fundraising chair Steve Bohm was thrilled that Sustaining Chair Carl Karcher with co-chairs Palm Desert Mayor Jan Harnik and Olympic swimmer Janet Evans and their team raised more than $412,000. Wells Fargo’s Martha Jimenez was again host for the evening, encouraging all to have “food, fun and fellowship.” Current board member Nolan Sparks gave the invocation before dinner; incoming president Jim Latting spoke about the Y’s programs and executive director Rob Ballew served as emcee. City dignitaries on hand included Rancho Mirage Mayor Richard Kite and Palm Desert Councilmember Jean Benson.