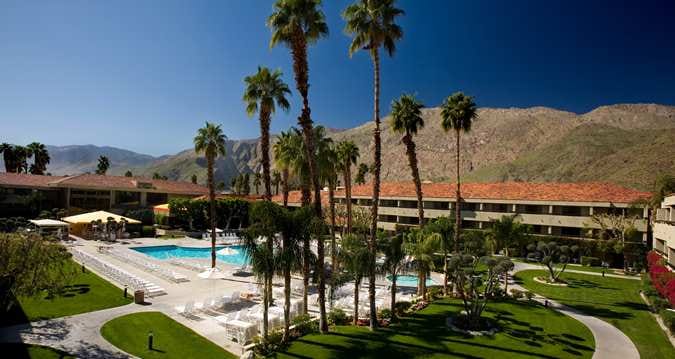 2014 isn’t even here yet, but already there are more than 46,000 hotel rooms booked at Palm Springs hotels.

Coupled with 31,338 tentative bookings for 2014 to put the total at more than 77,000, projections are way ahead of 2012 when 53,743 total rooms were booked, according to a recent report by the Palm Springs Convention Center and Palm Springs Bureau of Tourism.

Executive Director James Canfield believes a reinvestment in the Palm Springs brand emphasizing the value of the destination has created “a great positive vibe”.

“We are certainly seeing the rebound in the group business,” Canfield added.

While Palm Springs enjoyed the addition of big groups like the Aircraft Owners and Pilots Association filling more than 6,000 hotel rooms in 2012, Canfield noted the 77,000 rooms projected in 2014 are a result of booking several groups under the 2,000-member level.

And those same groups are spending money when they are in town, Canfield said. In 2012, 70,763 rooms contracted equaled more than $154 million in direct delegate spending, according to the report.

That’s in stark contrast to 2010 when the economic downturn left hotel bookings under the 40,000 mark, according to the report.

“We went through a period of time when the groups still came, but their attendance was down 20 percent, which meant they were buying less food and using facilities a day less,” Canfield said.

Canfield believes part of the upsurge as well is the Bureau of Tourism’s revamped website, which generated more than 1 million unique visits in 2012, according to the report.

“To be up 40 percent in website visits is huge,” Canfield said.

In addition, the Palm Springs Visitor’s Center assisted 190,778 people in 2012 or a 12 percent year over year increase, and led to more than 11,000 visitor surveys collected in the last six months (October 2012 through February 2013) detailing such items as how long they stay in Palm Springs, how much they spend and what they do in town, according to the report.

International visitors filled out 52 percent of the surveys compared to 48 percent from the U.S. Of those, 53 percent were women and 45.6 percent were men; 71.1 percent were married or partnered; the average age was 45.7 years old, and 54.4 percent reported a household income of $75,000 or more, according to the report.

Visitors reported coming to Palm Springs 2.4 times in the past six months with nearly half coming by their own vehicle, according to the report. Visitors stayed an average of 6.8 days in Palm Springs, and the typical visitor is on a trip consisting of 10.7 days overall.

The most popular activity was dining (80 percent), followed by shopping (68 percent), swimming (42 percent) and nightlife (36 percent), according to the report. The most patronized attraction was the Aerial Tramway at 29 percent followed by museums.