2014 Will be Good to Coachella Valley Economy, Expert Says 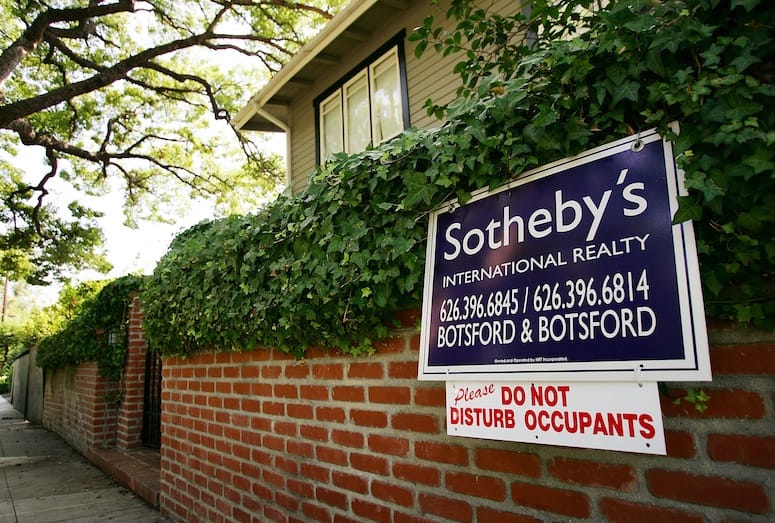 An improved housing market is one of the positive economic factors in the Coachella Valley.
thinkstockphotos.com

According to a recent Gallup poll, 53 percent of 1,500 Americans interviewed by phone believe the economic conditions in the U.S. are getting worse compared to 43 percent who say it’s getting better.

Christopher Thornberg is among the 43 percent.

The founding partner of Beacon Economics LLC in Los Angeles and considered one of California’s leading economists, Thornberg is slated to speak Feb. 5 at Coachella Invest 2014 at Agua Caliente Casino Resort Spa in Rancho Mirage.

Esmael Adibi will join Thornberg, and together they will present information on financial markets and regional economics specific to the Coachella Valley along with their economic forecast. Adibi is the director of the A. Gary Anderson Center for Economic Research and Anderson Chair of Economic Analysis at Chapman University in Orange, Calif.

Thornberg (pictured at right) took a few minutes to talk about some of the points he will address at Coachella Invest 2014.

What indicators tell you the economy is getting better in the Coachella Valley?
“Hotels are busy. Good investment trends. The housing market is clearly in recovery. Most of what I have to say I think is reasonably positive. The tourism side of the economy is clearly going forward nicely. We pulled some permit data. The permit data is showing a nice gain. There is a shift. I mean, it's not just a tourism economy anymore.”

Is this becoming a demand area for people to move to again?
“Whether you like it or not, they're coming because, when you think about southern California, population growth is back. People are moving here. We know because of the limitations of building that ultimately, as price pressures on housing become more acute, it's going to push more people out into the Inland Empire, and that's going to extend development back toward your direction. So still a vacation paradise, but is it 20 years before you become urban? It's something that the area needs to keep in mind.”

What is a potential pitfall?
“We need to obviously consider infrastructure investments, desperately needed, way behind. Way too much government money going toward perks for the privileged rather than investing in our future. That, I think, is a long-term problem we need to be dealing with.”

What draw does being gay friendly have on the Coachella Valley’s economy?
“There's a lot of people interested in being in Palm Springs, not the least of which, of course, is the gay community, but … and there's a huge swelling of investment from that community in the area, and you can't argue with that. I mean, that's good money. That's deep pockets right there. I heard some demographic statistics on the gay population. Did you know like the average gay male makes 30 percent more than the average straight male? The interest in the area from that population is ultimately a good thing.

What area would you concentrate on improving here?
“If I was in Palm Springs, if I was a leader out there, I would spend more time trying to turn the place into more of a gastrointestinal kind of culture. I would try to get more and more on that front. I mean, you've got people flying into Santa Fe, New Mexico, for the food scene. They ought to be driving to Palm Springs for that. You know what I mean?

There's a little bit of it, but I think they ought to be focusing more on how do we bring high-end food into the area because, I bet you, you could create a really fantastic little scene there. Maybe even go so far as get some Temecula wineries to bring their wine-tasting rooms up or Santa Barbara wineries to bring their wine-tasting rooms down and make that part of the scene. Wow! You could have all sorts of good things going on.”