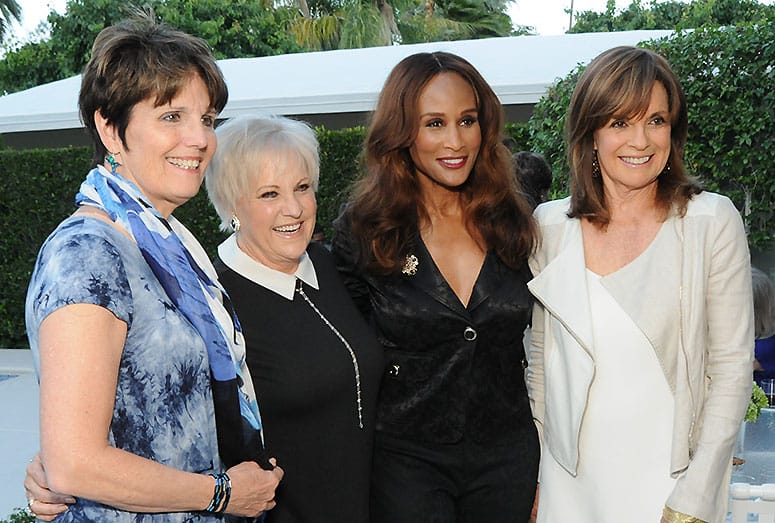 Doyle is very active with The Actors’ Fund, which has been assisting artists and entertainment industry professionals in times of need since 1882. Despite its name, The Actors’ Fund provides financial, physical, and emotional assistance, a cause that hits home in the Coachella Valley where many working and retired entertainment industry professionals reside.

After a brief introduction by Mahler, oboist / author Blair Tindall performed and spoke of her experiences as a freelance orchestra musician. The Actors’ Fund gave her counseling, new skills development, and helped her earn a full scholarship to Stanford. Her memoir, Mozart In the Jungle, was published in 2005, and is now a hit series on Amazon Prime.

Actress Lorna Luft spoke about her bouts with breast cancer, and how the Actors’ Fund paid for the medical bills not covered by her health insurance. There was even a representative at her hospital bed when she awoke from surgery.