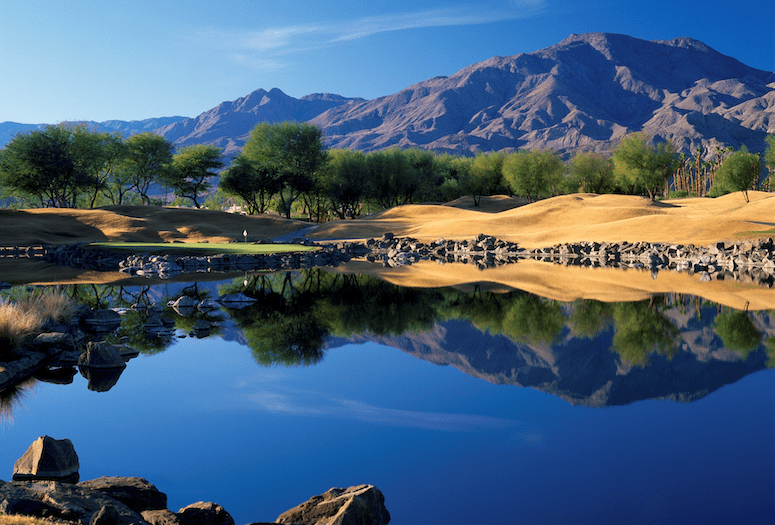 Our annual, desert PGA Tour event has been known as much for its past celebrity element, former iconic host, and ongoing tradition of philanthropy as it is for the event's penchant for change.

Get ready for a whole new gig.

New sponsor CareerBuilder – the nation's top job website – comes on board this year for the first campaign of a six-year agreement. The change in moniker also comes with a course rotation switch. While venerable La Quinta Country Club remains in the mix, PGA WEST will headquarter at the Tournament Clubhouse, where pros and amateurs will take on the Jack Nicklaus Tournament Course and the famed, moguled terrain of Pete Dye's TPC Stadium Course.

Event hosts gave us a tour of the grounds. The former Bob Hope Classic utilized the Stadium for a lone year back in 1987 and the resulting impressions were . . . well, there were reasons the event didn't return.

Until now. And though I anticipate that the length provided by golf's modern technology will find the Tour players going pretty low on this monster, the Stadium is still a mounded beast replete with nuance and penalty.

With some assistance from Scott Easton, managing director of Desert Classic Charities, we take a look at the Stadium's three closing holes: The par-5 16th ("San Andreas Fault); the par-3 17th ("Alcatraz"); and the par-4 home hole ("Coliseum").

VIDEO: See holes 16 through 18 at TPC Stadium Course and listen to Judd Spicer and Scott Easton discuss how the Tour's top players might attack them.