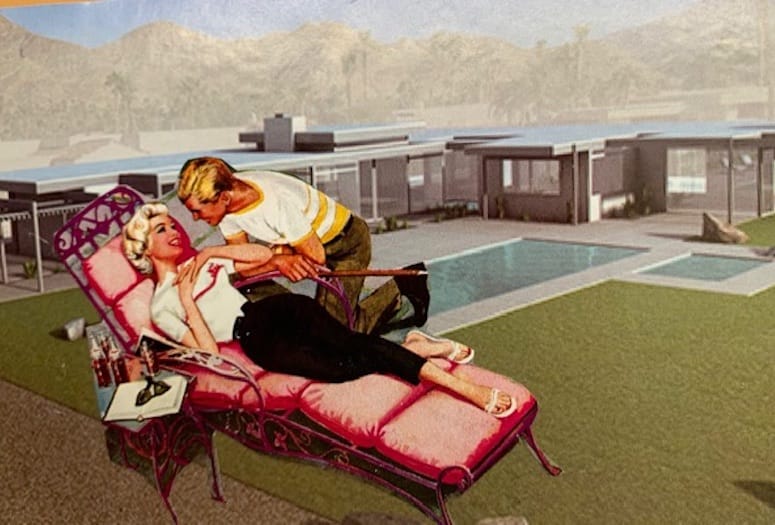 You will have 365 opportunities to collect a one-of-a-kind piece of art while supporting the Palm Springs Animal Shelter during the upcoming Modernism Week Fall Preview.

You’ll also get a chance to meet Palm Springs’ creative darling, Bonnie Ruttan, who committed to create a new collage every day for a whole year, giving way to the title of her project, Collage 365.

“I saw a reference to having a daily practice in art and it came to me that this would be an incentive to do something religiously every day for a year,” says Ruttan. “I liked that it was a challenge but in the end it would raise money for the Animal Shelter.”

“Anything you commit to for that length of time improves your skill and gives you a purpose,” Ruttan adds. Her small scale (4-by 6-inch) collages she says are “Narratives that tell a little story. Everything is fodder for collage; everywhere you look is an inspiration.”

She recalls, “One time I was in a boring meeting and I had a roll of lifesavers, a glue stick, and a postcard with me so I just made one right there. It’s really fun, I’m so fired up, I can’t stop making them — I’m over 400 now!” Ruttan’s collages cover a wide range of subjects — animals, people, fashion, cars, modernism, design, and abstraction. 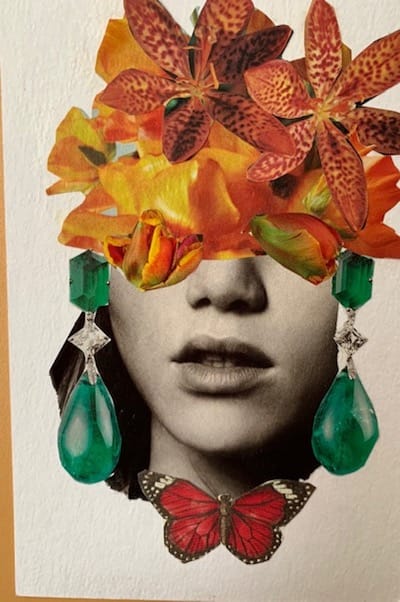 You can meet Ruttan on Nov. 7 from 5-8 p.m., at the space in Palm Springs in during the Backstreet Art District's First Wednesday Art Walk. Her work will be on display after making its debut during last month's Modernism Week Fall Preview.

Ruttan’s personal journey to find her artistic voice is universally inspiring. Ruttan, who grew up in Bryn Mawr, Pennsylvania, was a psychiatric nurse before she became an artist. “I didn’t start painting until I was in my 50s,” she says. “I got sober at 42 and it was a turning point; I would never have discovered my art otherwise. My art was a gift of sobriety, it was empowering.”

“People might think, ‘I’m too old to start making art’ but it’s never too late to start art.”

Ruttan and her husband, Bill, have lived in Palm Springs since the 1980s. Bill became Bob Hope’s personal pilot after he had been furloughed from United Airlines. “I evolved from plain watercolors then to acrylic then lots of abstract collage in my art.”

She just had two abstract pieces accepted by the National Collage Society, which is a completely digital online exhibit. “They receive national and international entries and only accepted 70 pieces total, so I’m thrilled they accepted two of mine,” Ruttan says.

Debra and Richard Hovel of Makerville Studios, who are collectors of Ruttan’s work, are the creative powerhouses behind Collage 365. “The Hovels have a beautifully curated and eclectic art collection, and I was really honored that they wanted to collect my work, a 16- by 20-inch mixed media abstract painting.”

The Hovels encouraged Ruttan early on to undertake the project. “Bonnie is one of our favorite local artists. Her generosity of spirit and creative vision are really inspirational in our community,” says Debra Hovel.

The Collage 365 Collection can be viewed in advance on Facebook at Bonnie Ruttan Studio. Each collage can be purchased in exchange for a donation to the Palm Springs Animal Shelter. The recommended donation is $20, and 100 percent of the proceeds will be given to the shelter. 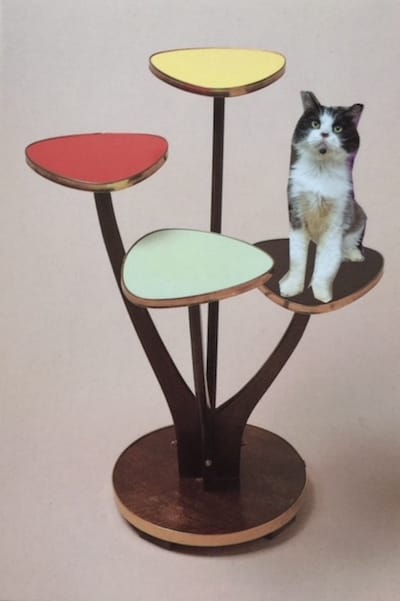