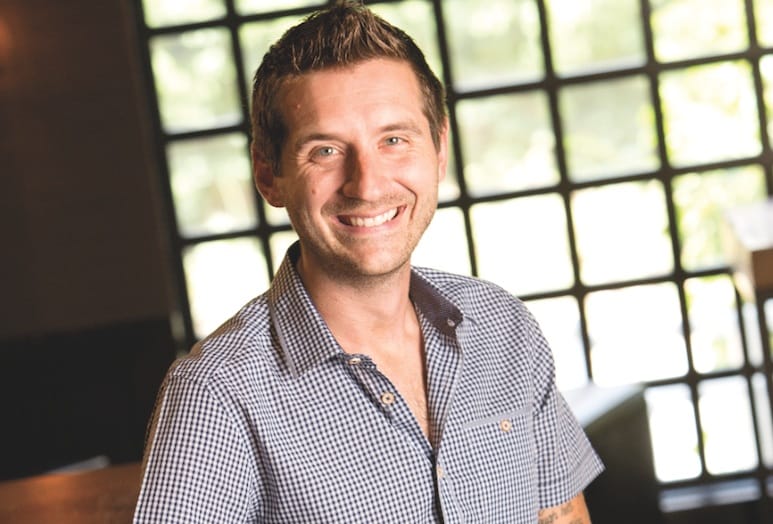 Chris Pardo, founder of Chris Pardo Design: Elemental Architecture, is on the forefront of so many new, innovative projects in the valley that it is becoming hard to keep score.

They all have Pardo’s innovative input. It’s hard to believe that he has resided in the valley for less than two years, arriving originally from Seattle.

His prolific career rockets off of the residential and hotel designer’s thirst and passion to create.

“I consider myself a creative entrepreneur,” says Pardo, who thrives on people’s reactions to his creations. “My thesis project was building two houses. I had to become a licensed contractor to finish them.”

Pardo, the proud father of a 9-year-old son, also has several interesting tattoos.

“I never thought I would have a tattoo,” Pardo admits. “They all mean something very important to me, like my son’s birth, my first project, which was built on Spruce Street in Seattle [symbolized by a spruce tree], a wallpaper I designed, and my best friend who passed away while we were in school. The newest is a list of everywhere I have lived, in chronological order, featuring the newspaper font of each city.”