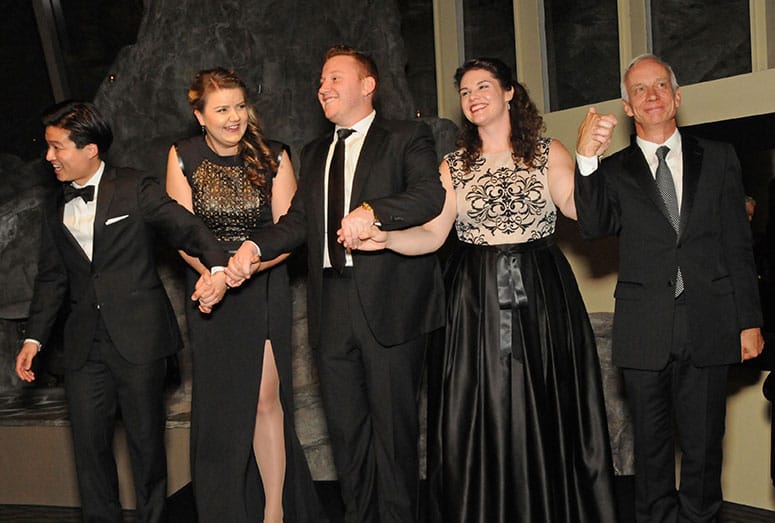 Anyone wanting to hear fabulous voices singing great operatic arias in their natural state was in for a treat last month at the 40th Annual Showcase Concert in the intimate Bougainvillea Room at Spencer’s.

Showcase was founded by Mimi Rudulph in 1976 to present the winner of the Metropolitan Opera National Council – Western Region auditions (MONC-WR) in concert in the Coachella Valley. Soprano Yelena Dyachek and bass-baritone Nicholas Brownlee captured first place at the MONC-WR auditions, ensuring their participation in the semifinals in New York on the stage of the Metropolitan Opera. Both singers were Grand National Winners in New York.

MONC regional chair Molly Siefert and Showcase co-founders Ann Heavey and Lilli Joseph were thrilled to be able to hear two winners in the same concert.