Jan. 1 / Don your studded leather jacket and welcome 2023 by rocking out to your favorite pop-punk and emo jams at this DJ-led dance party at Hotel Zoso’s Pretty Faces Nightclub in Palm Springs.

Jan. 1 / From perfectly worn-in band tees to mid-mod TV stands, a plethora of retro finds are yours to discover at this monthly market at the Palm Springs Cultural Center.

Jan. 5–16 / Filmmakers from more than 60 countries show their masterpieces at this annual festival. A celebrity-studded awards gala happens Jan. 5, followed by screenings and talkbacks at multiple locations in the Coachella Valley.

Jan. 6 & 20 / Hundreds of vintage cars parade down El Paseo in Palm Desert. The action kicks off at 2 p.m. with a car show on the upper level of The Gardens on El Paseo, and the motorcade begins at 4:30 p.m. 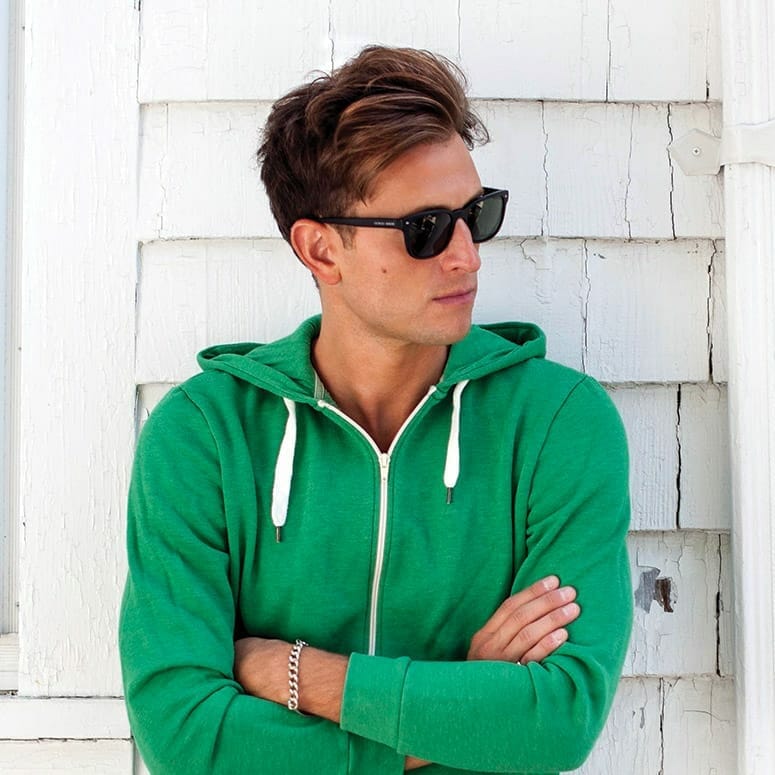 Jan. 6 / New Yorker Peter Cincotti started playing piano at age 3. When he was 20, he became the youngest artist to reach No. 1 on the Billboard jazz charts. See the musical prodigy at the McCallum Theatre in Palm Desert.

There Was a Time

Jan. 6 / Soprano Ellen Hargis and pianist Charles Metz whisk listeners from the Artist Center at the Galen in Palm Desert to an elegant parlor in 19th-century Europe with music by composers including Mozart and Stephen Foster.

Jan. 7 / You’ve seen Brian Stokes Mitchell on TV in The Fresh Prince of Bel-Air and Frasier — and on Broadway as one of musical theater’s most prominent leading men. The baritone Tony winner appears at the McCallum Theatre in Palm Desert.

One Vision of Queen

Jan. 11–12 / Elmo, Big Bird, Cookie Monster, and other beloved characters come to Acrisure Arena in Palm Desert for a fun, interactive show full of music, dancing, and family-friendly lessons about perseverance
and dedication.

Jan. 12 / Get to know the Queen of Soul with this stunning tribute, which celebrates Aretha Franklin’s top hits at the McCallum Theatre in Palm Desert.

Jan. 13 / Before Brooks Wheelan landed a coveted cast member spot on the 2013–2014 season of Saturday Night Live, he worked as a biomedical engineer researching eyes and heart valves. The comedian shares a stand-up set at Agua Caliente Casino Palm Springs.

Jan. 13 / Flame-haired funnyman Carrot Top carts trunks of props (often quirky, quip-ready objects of his own invention) to every comedy show, including this stop at Fantasy Springs Resort Casino in Indio.

Jan. 13–14 / Legendary singer-songwriter Neil Sedaka serenades McCallum Theatre audiences with favorites from his catalog of more than 500 songs, including “Breaking Up Is Hard to Do” and “Calendar Girl.”

Jan. 14 / Little ones can don a costume and deck out their bike or wagon to participate in a colorful parade around Palm Desert Civic Center Park’s amphitheater area. Afterward, enjoy family-friendly activities and food truck snacks.

Jan. 14 / Two legendary Motown groups team up for a swingin’ show at Fantasy Springs Resort Casino in Indio. Both bands made strides in the 1960s and ’70s: The Temptations originated psychedelic soul, while the Four Tops stood out for casting a baritone — not a tenor — as lead vocalist.

Secrets of the Whales

Jan. 15 / Underwater photographer Brian Skerry steps from the seas to Palm Desert to share breathtaking images and fascinating facts about four species of whales at the McCallum Theatre.

Jan. 16–22 / Golf pros descend on the desert for this annual tournament on the Pete Dye Stadium Course at PGA West in La Quinta. In addition to exciting professional and amateur play, the event also features evening concerts from Gwen Stefani and Darius Rucker.

Paint Night at the Brewery

Jan. 21 / “Hey, Soul Sister,” drop by Fantasy Springs Resort Casino in Indio to see Train perform hits like “Drops of Jupiter (Tell Me)” and “Calling All Angels.” Lead vocalist Pat Monahan once headed a Led Zeppelin cover band prior to penning his own Grammy-winning tunes.

Jan. 21 / Before The Eagles topped charts with “Hotel California,” they jammed as the backing band for 11-time Grammy winner Linda Ronstadt. Experience the best of both at this tribute concert at The Gardens on El Paseo in Palm Desert.

Jan. 22 / Let loose your inner scientist and head out to the Santa Rosa and San Jacinto Mountains National Monument Visitor Center to discover and assist in documenting new plants and animals, adding to the 2,400-plus species already recorded in the area.

Jan. 22 / Six performers riff on current events and parody political gaffs in this nonpartisan multimedia musical at the McCallum Theatre in Palm Desert.

Jan. 22 / The Desert Winds Freedom Jazz Band stands as proof that music draws all people together: Its members range in age from 17 to 91. See them perform at the amphitheater at Palm Desert Civic Center Park.

Jan. 23 / Outlaw-country trailblazers Johnny Cash, Waylon Jennings, Willie Nelson, and Kris Kristofferson formed The Highwaymen in 1985. (The quartet also starred together in the 1986 Western Stagecoach). This tribute at the McCallum Theatre in Palm Desert honors Cash, Jennings, and Nelson.

Jan. 25 / A five-time Grammy winner who’s collaborated with virtuosos like Joshua Bell and Yo Yo Ma, bassist Edgar Meyer plays an acoustic bluegrass bonanza at the McCallum Theatre in Palm Desert alongside his son, George, on violin, and mandolin players Sam Bush and Mike Marshall.

Top of the World

Jan. 26 / This tribute at the McCallum Theatre fêtes The Carpenters, who developed their first hit, “(They Long to Be) Close to You,” for a 1969 charity concert. 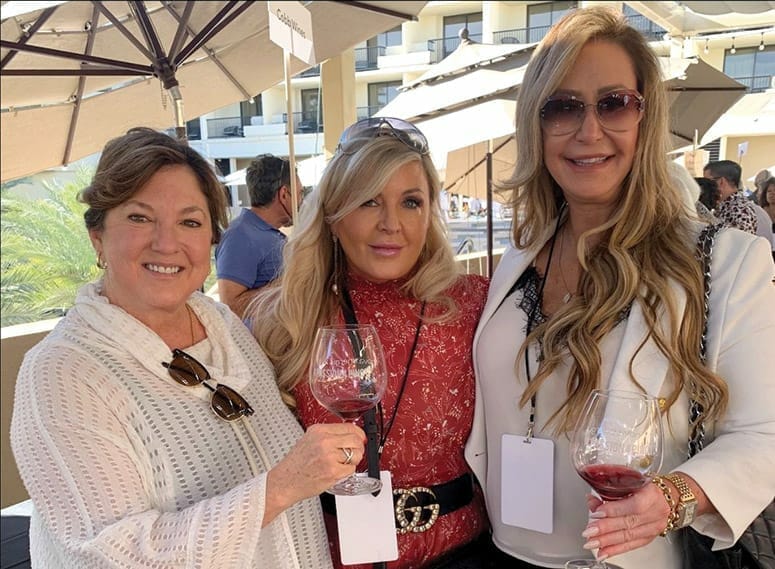 Jan. 27–28 / The Palm Springs Pinot Noir Festival began — like most great ideas — with a love story.

Founder and lifelong foodie David Fraschetti met his wife, Lynn, when they were both in college. “I was cooking for my roommates, and she was living down the hall, living off Campbell’s soup and hot dogs,” Fraschetti recalls. “I said, ‘No, no, no! That’s not going to work. Come on over for dinner.’ ”

Years later, the pair established themselves as event producers in the food and wine sphere, and a handful of their wineries suggested a festival centered around a single varietal: pinot noir. The couple jumped in, feet first.

“We reinvented ourselves,” Fraschetti says. They knocked on winery doors from Sonoma to the Santa Lucia Highlands, describing their vision for a new kind of wine event: no spirits, no beer, no gimmicks like golf tournaments or Ferris wheels — just bottle after bottle of the best pinots the Golden Coast has to offer.

“[Winemakers] said, ‘We’re in,’ without batting an eye,” Fraschetti continues. The event outgrew its inaugural venue in 2020. This year, the Fraschettis will welcome 1,500 ticketholders and 75 boutique wineries to The Westin Rancho Mirage Golf Resort & Spa.

The event’s laser focus on a single varietal is made possible by a second love story — that between pinot noir enthusiasts and the light-bodied red. “[Pinot fans] are very knowledgeable,” Fraschetti says. The festival’s wineries find themselves answering queries about grape-growing processes and oak types while pouring sips.

Jan. 27–28 / In addition to recording standards like “Diana” and “Put Your Head on My Shoulder” under his own name, Paul Anka wrote chart toppers for artists including Tom Jones, Frank Sinatra, and Michael Jackson. See Anka live at the McCallum Theatre in Palm Desert.

Jan. 27–29 / Fans of that “new car smell” need not apply — this all-American road show only accepts rides produced before 1975. Scope out the classic hot rods and choppers at the Ace Hotel & Swim Club in Palm Springs.

Jan. 28 / Chase curious clues across a topsy-turvy version of Palm Springs in this outdoor virtual game inspired by Alice in Wonderland. Grab a few of your favorite people to play, navigating the city with a smart phone app. 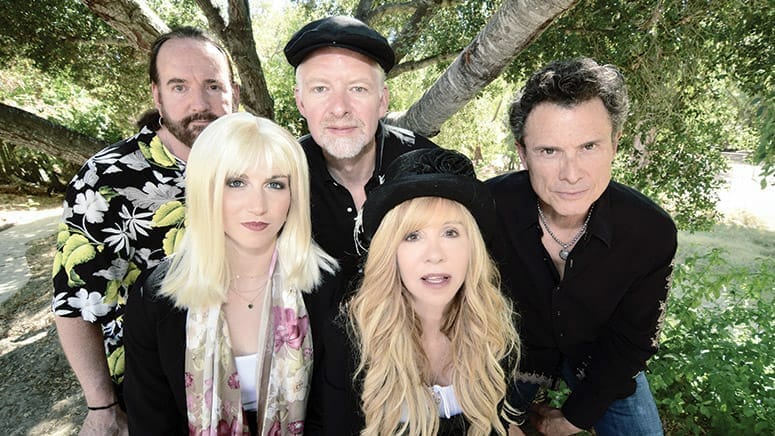 COURTESY THE GARDENS ON EL PASEO

Jan. 28 / Fleetwood Mac tribute band frontwoman Lisa McCormick has it on good authority that she looks and sounds just like Stevie Nicks — the songstress herself remarked on the similarity. “Go Your Own Way” to The Gardens on El Paseo in Palm Desert to see her in action.

Jan. 28 / The star of one the most influential sitcoms in TV history (Seinfeld scored an Emmy nod or win every single year of the show’s nine seasons) performs a stand-up set at Agua Caliente Resort Casino Spa Rancho Mirage.

Jan. 28 / Tie your running shoes and choose your challenge: This race features 10K, 5K, and 1K routes, plus a half marathon for the most seasoned athletes. After you cross the finish line, browse booths presented by local wellness organizations at Ruth Hardy Park in Palm Springs.

The Songs We Love

Jan. 30 / Jazz at Lincoln Center offers this trip through the genre’s first 50 years at the McCallum Theatre, beginning with 1920s classics by Ma Rainey and closing with midcentury mavens like Frank Sinatra and Judy Garland.

Jan. 30–Feb. 5 / Mature athletes compete in team and individual events at this sports extravaganza in Palm Desert. Go for gold in nine-hole golf or tap your friends to form a soccer team.

Jan. 13–Feb. 5 / Male actors at Desert TheatreWorks in Indio star as five singing nuns aiming to raise funds for 52 funerals after the convent’s cook accidentally poisons dozens of their sisters. 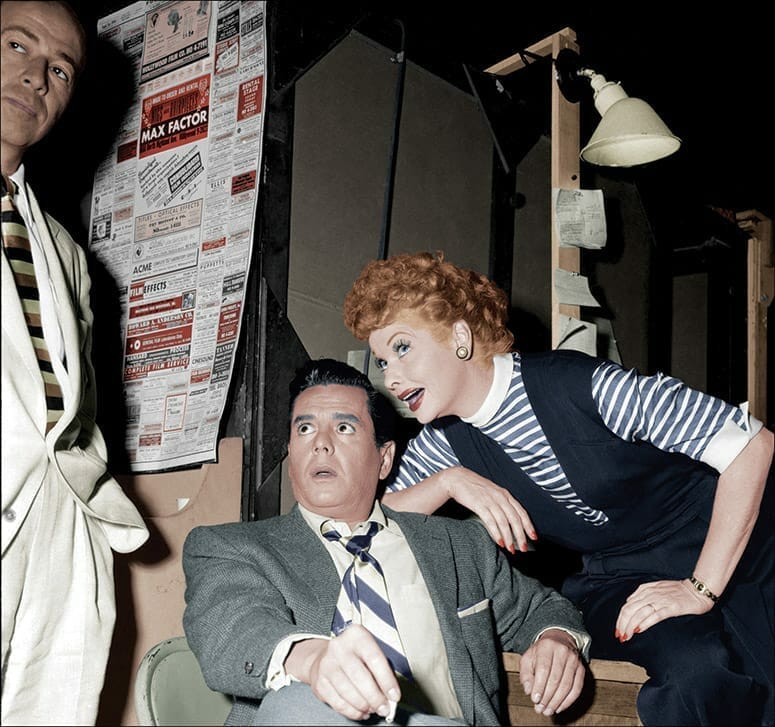 Lucy Loves Desi: A Funny Thing Happened on the Way to the Sitcom

Jan. 17 / Along with I Love Lucy creator Jess Oppenheimer, Lucille Ball and Desi Arnaz’s children collaborated to pen this play about the happenings of one of the most-watched shows of the 1950s. See it at the McCallum Theatre in Palm Desert.

Jan. 20–21 / This musical at the McCallum Theatre pairs photos, film footage, and live performances of the duo’s greatest hits to trace their journey from childhood friends to Rock & Roll Hall of Famers.

Jan. 27–29 & Feb. 3–5 / Desert Ensemble Theatre in Palm Springs presents this witty, satirical play about film editor Ben’s struggle to whittle down a five-hour feature — with only a week to go before Cannes.

Through Jan. 29 / Five artists draw upon their cultural histories to create evocative, stop-you-in-your-tracks pieces — from woven artwork to immersive multimedia to cyborg-like sculpted monsters — as part of this ongoing residency program at Palm Springs Art Museum.

Through Mar. 26 / Santa Barbara–born artist Petra Cortright rose to prominence in the early aughts with self-portrait YouTube videos making creative use of webcam special effects. She composes traditional landscapes and portraits with internet imagery in this exhibition at Palm Springs Art Museum.

Through May 21 / Palm Desert resident Phillip K. Smith III fills four galleries at Palm Springs Art Museum with objects and installations inspired by the unique quality of light in the California deserts.

Through July 2 / This exhibition at the Palm Springs Art Museum Architecture and Design Center brings attention to the subtle architectural genius of wood framing through models, furniture, photos, and a full-scale structure that will prompt thinking about the hidden scaffolding of American life.

Jan. 6–20 / Lucia Heffernan’s playful paintings imagine a world where animals partake in everyday human activities. See her smile-inducing tableaus — featuring scenarios such as a dog delivering pizza and meerkats working on their golf swing — at Coda Gallery in Palm Desert.

Jan. 14 / Support Desert Art Center in Palm Springs by picking up a little canvas by a major local artist. Each of the 6-by-6-inch paintings sells for a cool $73 (as a nod to the center’s 73rd anniversary).

Jan. 27–30 / More than 200 artists gather at the Empire Polo Club in Indio to share and sell stunning work in nearly every medium imaginable, from large-scale sculpture to mixed media canvases to delicate hand-blown glass.

• READ NEXT: Visit our Calendar of Events for even more things to do.