You may not initially think that the sound going out on the massive main Coachella 2017 stage would be a great moment (more like three excruciatingly long moments), but a lesser artist might have folded and left the stage for good in disgust.  This happened to me at Lalapalooza during The Breeders in 1994 in San Diego, after some moron threw a beer bottle at Kim Deal’s head. But who could blame her?

But singer Thom Yorke, and the rest of the band continued to play (at first, with no sound, apparently unbeknownst to them) “Ful Stop.” For a split second, the nearby crowd thought it was a purposeful silent, moody moment coming from the British group. Gasps soon followed. “Fucking aliens again,” Yorke joked when the sound returned.

Even after the third moment of silence, the band delivered with their usual confidence and huge sound (yay!) that was even more appreciated by the – albeit slightly thinner – Weekend 1 audience. Unlike some of the other younger acts at the festival, the 32-year-old band drew fans of many ages. And even after a long day, fans stayed, cheered, roared and clapped, even though they couldn’t hear anything. They ended their set with “Creep” and “Karma Police,” delivering “Creep” with style and disdain. And the surprised crowd ate it up. 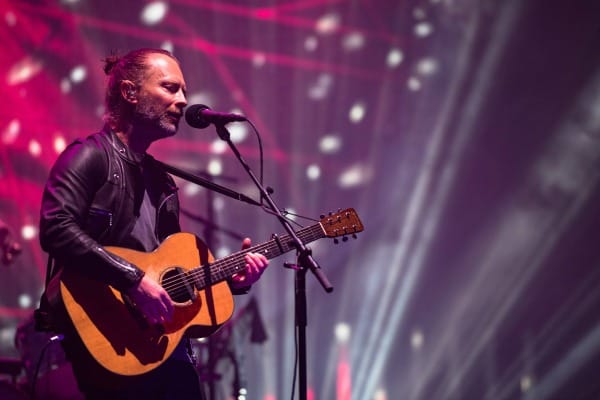 Not only do the colorful installations force one to stop in wonder and awe, they provided much needed shade – a high commodity item during both weekends. Case in point: when I met the Honne guys, James Hatcher and Andy Clutterbuck, at the media area, our first challenge was to find a spot relatively quiet to talk. Hint: it wasn’t there, next to the Outdoor stage, when Psychedelic rock and indie band, Ezra Furman, were performing. We opted to cop a squat underneath one of the massive animals.

The “is this what brings things into focus?” by Joanne Tatham and Tom O’Sullivan, was made up of large masses of brightly-patterned elephants…or were they unicorn cows? Whatever they were, this was one of Coachella’s largest art installations to date, rising to nearly six stories – and awesome for shade.

“The Lamp Beside the Golden Door” by Brazilian artist Gustavo Prodo consisted of pivoting, curved mirrors reflecting views and reflections in all directions. The Chiaozza garden (pronounced like “wowza”) by Brooklyn artists Terri Chiao and Adam Frezza garden is about being present in the moment. “Crown Ether” by Olalekan Jeyifous, the community on columns that rises high into the sky, explores the “relationship of the terrestrial to the sublime.” 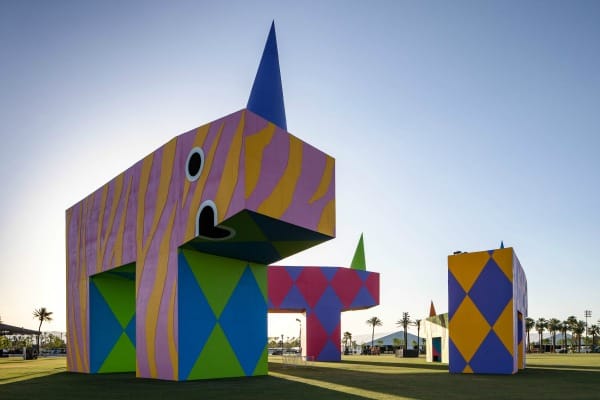 “is this what bring things into focus,” by Joanne Tatham and Tom O’Sullivan. 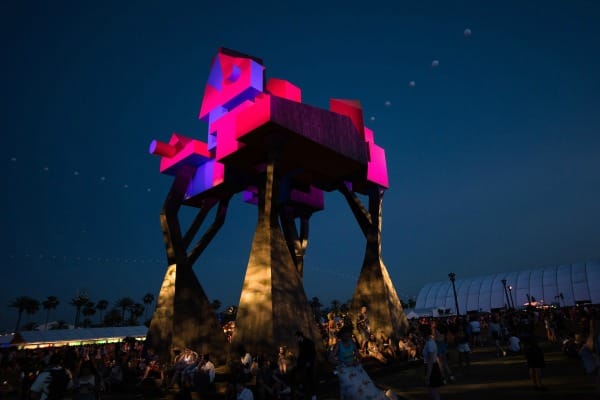 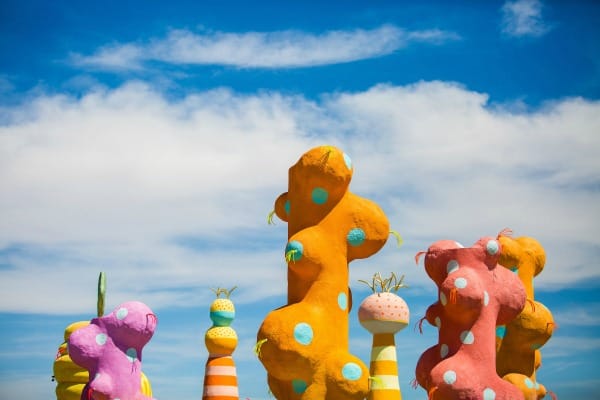 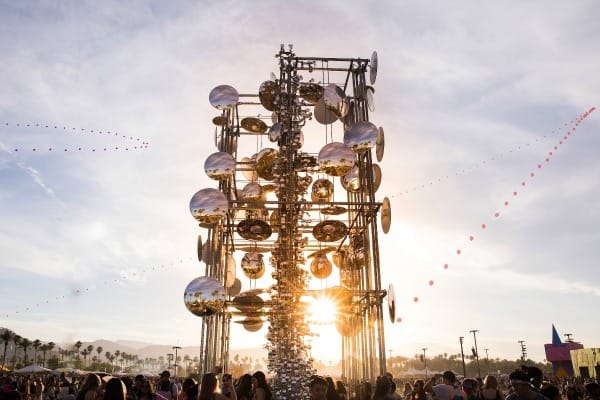 With a 360-live audio and visual experience, this put the listener in the booth with Hawtin himself. Over the past few years, Hawtin has been exploring how to bring more transparency into the art of Deejaying. He debuted “Close – Spontaneity & Synchronicity” at Coachella 2017 Weekend 1, which explores his relationship with the performance technologies and his talented improvisation – man and machine. Hawtin is one of the few that also played the inaugural fest in 1999. This year, he stood between two massive fixtures of live production and performance technologies. Behind him, video of live footage showing Hawtin’s techno improvisations, took his fans on an interactive, ethereal, and cerebral journey. Hawtin will only bring his Close tour to one more location in the U.S. – Detroit’s Movement Festival. 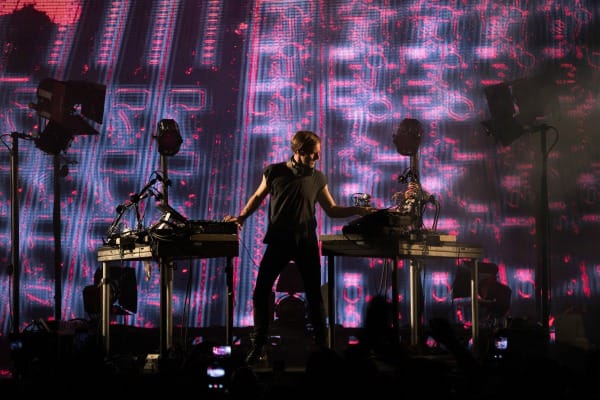 This was my kind of Easter mass (I’m a bad Catholic). With their trademark cross, Justice delivered and then some with Church Tour — their huge new live production. They managed to simultaneously blow my mind and steal my heart. And when some of the other biggest acts (Skrillex, DJ Snake, and Madeon) at Coachella get together to watch this fellow DJ’s set, you know it’s going to be epic. Without much talking, they went right into hits like “D.A.N.C.E.” and “We Are Your Friends.” Cinematic disco, on stage smoking, perfectly timed LED and bright-light effects, proved that dance music could still feel underground, yet extraordinary. 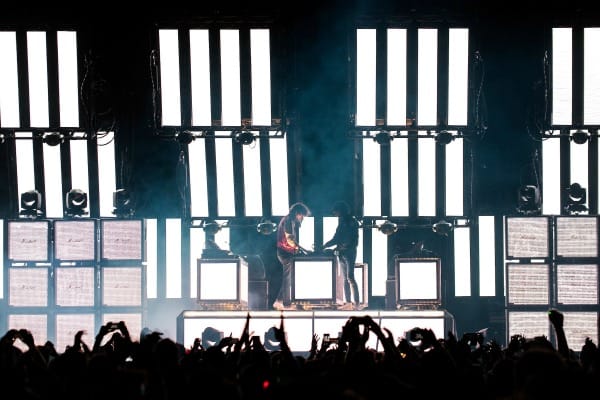 Justice lit up the Outdoor stage at Coachella with hits like “D.A.N.C.E.” and “Love S.O.S.” 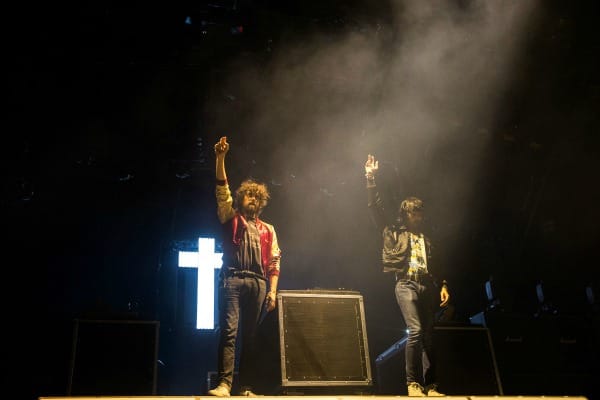 This set was batshit crazy! Yeah, and they played that song, too. The Grammy-nominated duo danced around on stage and up and down on an Olympic step stand, played on guitar, bass, and an elaborate percussion tree. Sofi sang and then grabbed her drumsticks and ran to the tree to bang on the metal sheets. I love that thing. Songs like “Drinkee” and “Johny” were the perfect tribal, energetic tunes sweaty Sunday afternoon fans needed to hear. It was just an awesome dance party. 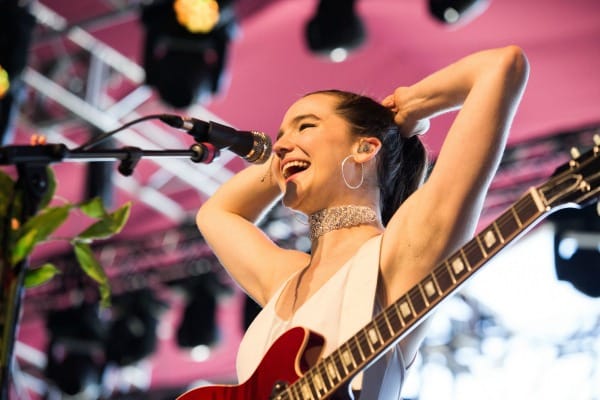 Who would have thought the man that brought you the movie sounds of Inception, Dark Knight and Pirates of the Caribbean would be one of the most successful stars of Coachella 2017? Complete with a 50-person orchestra, with some added instrumentals that made it more rock masterpiece than a classical concert, the film composer devastated the crowd, in the best way possible.

While I was straining my eyes to see – well, anything, on stage, I gave up trying. And the millennial next to me said, “I think they didn’t turn on the big screens on purpose. Ya’ know, so we can feel the music.” Judging by the wowed faces in the crowd, and occasional awkward dancing, I think the guy was right. The crowd of people that gathered at the Outdoor stage was nothing short of spectacular. Hundreds of Coachellagoers relived their childhood as they bellowed the words to “Lion King,” and hearing the orchestra perform it live was audial euphoria. Zimmer brought something recognizable, genius, and yet totally unfamiliar to the 18-year-old festival. Oh, and did I mention he brought out Pharrell Williams? Impressive, to say the least. 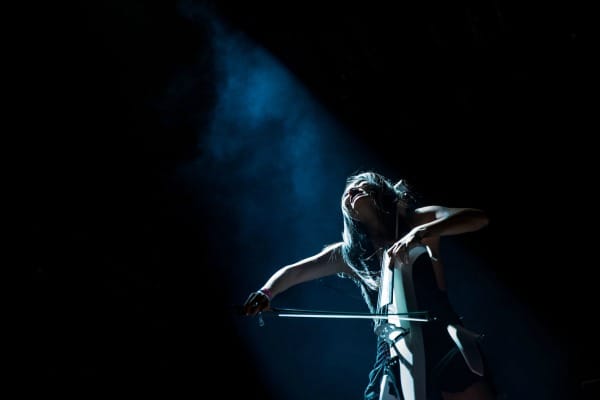 Hans Zimmer and his 50-person orchestra played the Outdoor stage at Coachella. 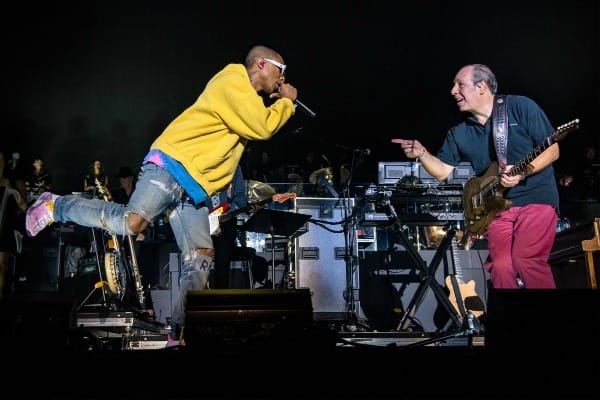 The DoLab doesn’t just do music, their story started with art. New to Coachella 2017 is the Beacon pavilion, which used over 15 different software programs to create design elements. A floating center column supported 2,000 pounds of structure, which was held in place mid-air using 21 cables and the principles of tensegrity.

All that, and this is the only stage on the festival grounds which has a different set list during the two weekends. Megan Young is the assistant music director for the Do Lab. She met the group in Portugal, when she was working on the Boom Festival. Young works with Jesse Flemming, one of the Do LaB founders, to produce the set list for both weekends.

From Burning Man Warehouse parties to Coachella and Lightning in a Bottle, Jesse Flemming and his founding partners of the Do LaB have combined art and music together to inspire and entertain in epic proportions. With an ethos of sustainability, inclusion and next generation music, Flemming is at the core of bringing in big names, and the soon-to-be big names in the electronic world.

Also unlike any other stage at Coachella, they don’t have a budget to work with – which means the up-and-coming DJs are playing for free. The dome is a perfect escape from the heat, with it’s beautiful coverings, and if you get close to the stage, you might get lucky enough to get sprayed by one of the water guns.

“We start with the music that we love and reach out to those people first…all of the artists come to be a part of the experience, which makes it even more special…and we do all our programming continuously, so there’s no breaks between the artists,” Young shared.

And this year, Flemming said there were 60-70 artists on their stage, covering both weekends.

“We still are pretty self sufficient back here. We run our own artist hospitality and art installations, we transport our own artists. They don’t go through the main festival. We’re kind of doing our own party back here…I love that we get to do our own thing.”

Pro Tip: Come for the “Special Guest” set times. They typically are a bigger name, maybe from another larger Coachella stage. 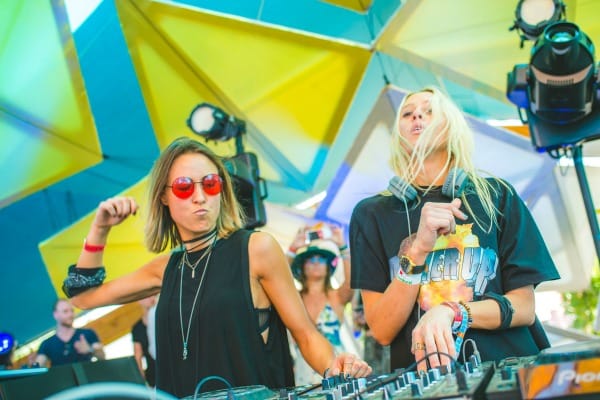 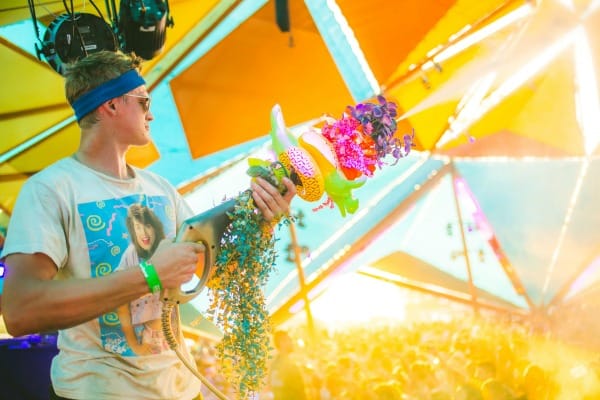 PHOTO BY DANIEL ZETTERSTROM
Do LaB dancers spray water into the audience from the stage. 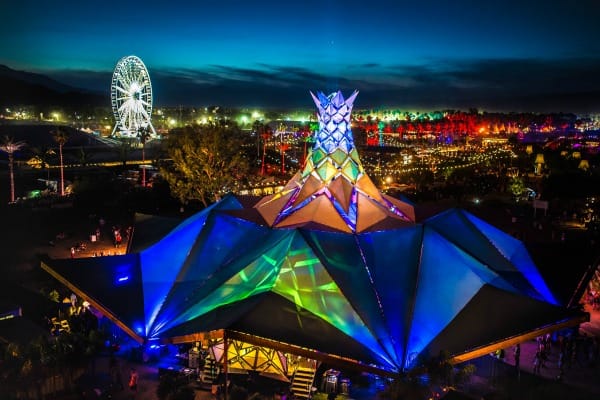 PHOTO BY WATCHARA
The Do LaB built a massive, colorful structure called “The Beacon.” 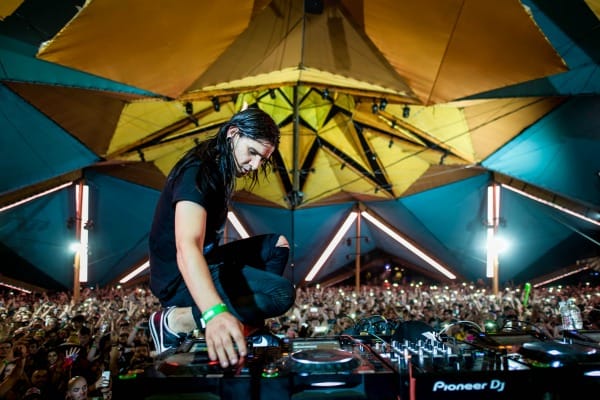 PHOTO BY WATCHARA
Skrillex surprised the Do Lab with a special appearance April 22.