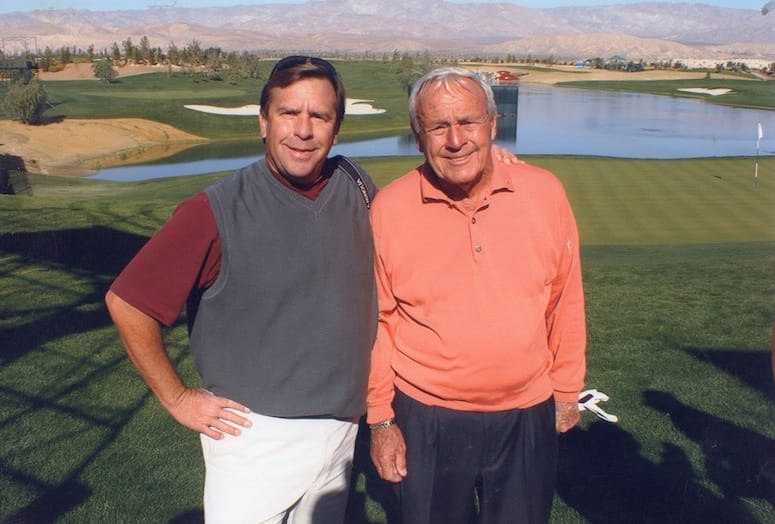 A full-time area lifestyle and golf photographer since 1992, Avra has begun videographing courses with aerial drone technology in the past 20 months. At present, he's the only local photographer to be readily pursuing the trade with desert courses.

"There's nothing like seeing that real live view; it's the best way to show your course," says Avra. "It's like a blank canvas. Let me go wild and find the angles.  And height is so important to see all the bunkering and contours; you're always trying to elevate."

After training with the fickle (and pricy) drones for dozens of hours across the grassy confines of Southwest Community Church in Palm Desert, Avra tested the technology at Desert Willow Golf Resort before extending his aerial reach to a host of other area and regional tracks. About six months back, I saw some work Avra had done with my longtime friend and colleague, Nick Cohen of GoLeisure.com, and have since followed his drone progress, which improves with each ensuing project.

Working with a DJI Phantom 2 aerial drone camera (which go for about $5,000 apiece), Avra details a shooting process that is not for the timid . . . or the nascent.

"And you've got to have two of them," he says. "If you have a crash, which does happen, you can't tell your client, 'Well, sorry I'll come back when I'm prepared.'"

Navigating through the desert skies and around native plantings requires continual mastery of the tool.

"I'm on high-stress alert," Avra says, laughing. "One little wind shift, one little move to get too close to something, and that can be a thousand dollar repair right there. So, there is something anxiousness until everything is shot and you're back on the ground."

With a few descriptions from Avra, here are a two examples of his recent desert aerial footage:

"As a photographer, I look at things with the same eye (for video).  ou want that early morning or late afternoon beautiful light. I try to start the videos with something interesting, like a water feature or the sun coming up. And for this SilverRock video, they wanted me to emphasize the new canal running down (hole) 15 and in-between a lot of holes at the beginning. And those Bighorn Sheep I caught on the 17th were just dumb luck."

"There's this beginning morning shot, and you see the pelicans flying by. That was weird because they detoured over to me (the drone). They actually circled around me two or three times. I don't know if it was because the drone is white, and the pelicans are white, and they go to check it out, but those birds do investigate."