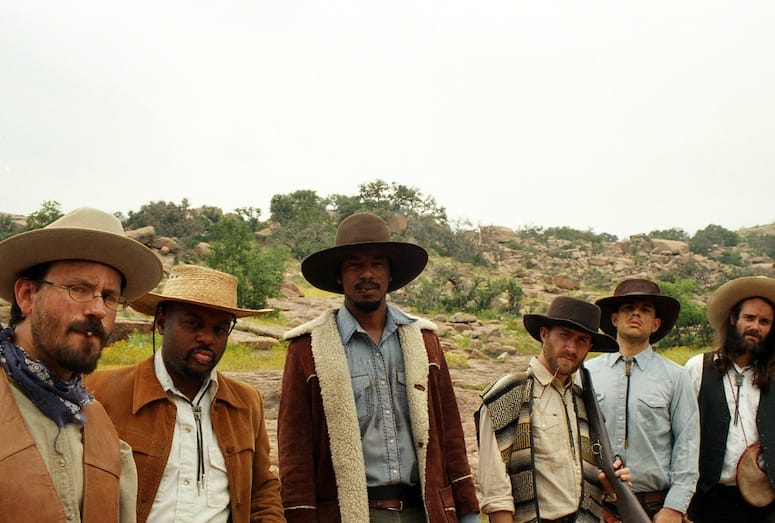 Black Joe Lewis has only visited Joshua Tree once in his life.

The experience was memorable, since he came face to face with a coyote.  Unshaken by his experience, Lewis and band return to the desert as one of the headliners at Joshua Tree Music Festival, which runs Oct. 9-12, at Joshua Tree Lake Campground.

Currently touring nationwide with the new release of their album, Electric Slave, this Texas-based band has much to say. The new album is an artistic commentary on the effects  technology and social media have on the world today. Skulldiggin is probably Black Joe Lewis’s favorite song to play live during this tour. Since the song has a conspiracy theme, the band has received a variety of different reactions from fans.

Influenced by Delta and Chicago blues, Memphis soul, funk, and Detroit punk, this band is an amalgamation of various genres.

I heard you want to lose The Honeybear portion of your band title. Why is that and does that mean your band lineup has changed?
"We never liked that name; it's stupid. It started as a joke in the beginning because there was a dried up honeybear bottle in the rehearsal space we shared with a bunch of other bands. We used it once and it stuck. I'm calling the band “Electric Slave” now, with that spelling."

Jim Eno (drummer from Spoon) produced your first EP, first album, and you toured with Spoon. Was working with Eno influential to your sound or career?
“The Spoon tour was what really got us off the ground. It was my first time to go a lot of places. It was badass. But, no influence at all. Jim was friends with our old guitar player, so that's the only reason all that went down. I think we've grown into our own sound now and back then we were still learning. So, this is the real sh–.”

Being from Austin, the Live Music Capital of the World, has living there influenced your sound?
“Austin is just another city like the rest. It's the individual that makes his way. I can think of at least five other cities that have better and more original scenes. Austin is quantity over quality. There are a few badass bands, but most are only about playing dress up and doing drugs.”

Are you excited to hear any of the other bands playing at Joshua Tree Music Fest?
"I haven't had a chance to shell out the lineup yet, but I always like to check the other bands. It'll be a surprise.”