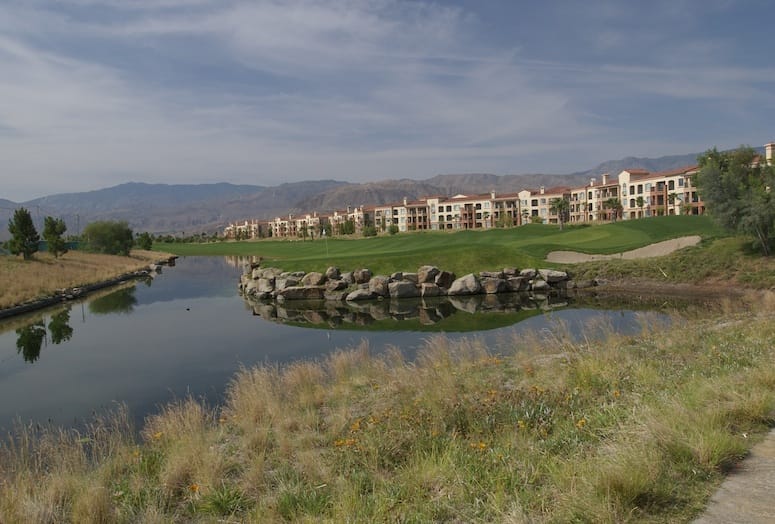 Editor's Note: Welcome to a new addition to our website, a thrice monthly column dedicated to everything golf in the Coachella Valley. We’ll dissect some of the golf courses, profile players and instructors, and address some of the game’s nuances.

When Marriott's Shadow Ridge Golf Club in Palm Desert reopens from overseeding on Nov 1, guests who haven't visited the grounds in a spell will take note of some changes.

From mid-July through late August, the debut domestic design from six-time major winner Nick Faldo underwent course renovations for the first time since opening in 2002. Players that struggled with the choice public play's wealth of Australian Sandbelt-inspired bunkering will find salve in a slightly softer play.

"Tracking our player comments over the last few years, the vast amount are positive," says Colin Gooch, head golf professional at Shadow Ridge. "But the majority of the negative comments were that, 'The course is in great condition, but the bunkers are inconsistent.'"

Under the watch of the Shadow Ridge grounds and golf team, Marriott golf managers and Schmidt/Curley Golf Design (which worked with Faldo in the original course design), the brain trust convened to work on bunker consistency throughout the course, removal of some non-essential bunkers and eliminate a few forced carries.

In addition: Every bunker on the course (there are now 82) enjoyed updated drainage and refill of new sand, a 50/50 mix of Augusta White and Desert Tan.

All told, six holes across the course (three on each side) were modified, including the beastly seventh hole, (still) counted among the toughest par 3s in the desert. "No. 7 had five bunkers, two on the left and three on the right. We removed the first one on the left and then two on the right," details Gooch of the 218-yard monster. "So now, there's some room for the golfer that can't carry it that far; they can at least kinda hit it straight or maybe if they have that slice, or in the rough hitting up to the green as opposed to a bunker where they couldn't see the green because the bunker was so deep."

While high-handicappers are experiencing a bit more clemency in the round, players across all levels are reveling in the redesign.

"We're not creating an executive course – it's still a championship design," adds Gooch. "The thinking was to make it just a little bit easier and get players around the course a bit faster. And even the low-handicap, local players – they love the changes. Especially if it's going to make other people play faster. But at the end of the day, it's still a championship course."