Burger Records: No Need to Ask, 'Where's the Beef?' 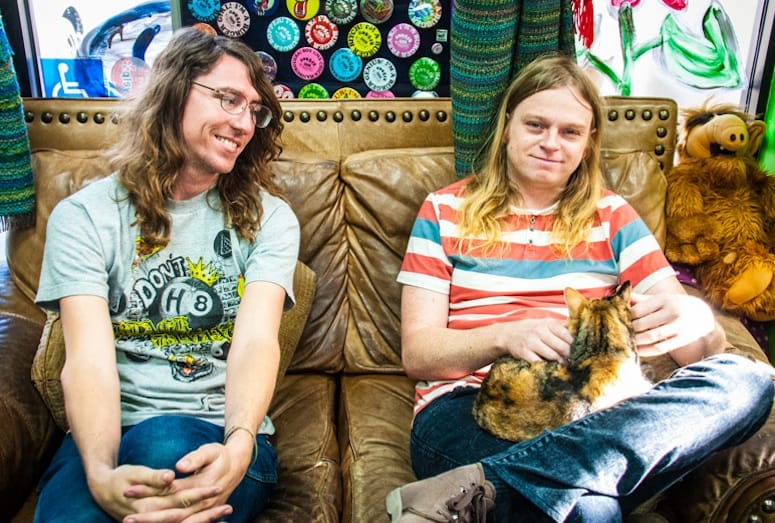 After seven years and nearly 700 bands on its label, Burger Records is still run like a family business.

And bands help them. Gap Dream’s Gabriel Fulvimar assists at the store and enjoys being on the label. Gap Dream had its record release party this past November during Burger Records' “Oasis Pop Up” at the Ace Hotel in Palm Springs. The desert connection has brought Burger Records back to the Ace Hotel for a New Year’s Eve party. They will join the Allah-Las, Night Beats, The Pesos, Tara Fox & The Desert Sands, Reverberation Jockeys, and special secret guests, The Blank Tapes, who appeared on Burger Records’ Holiday Mix Tape.

With the desert music scene thriving, young labels like Burger Records are constantly on the look out for new talent and new “destination locations” where their band can play and be exposed to new fans.

“See this, we are the helping bands right here, helping bands and fans,” says Rickard and Bohrman as they look at the ad for the New Years Eve show.

The first 250 people to buy tickets to the New Years Eve show at the Ace Hotel will receive a special promotional tape from Burger Records.

VIDEO: Find out what is coming in 2014 on Burger Records from founders Lee Rickard and Sean Bohrman.