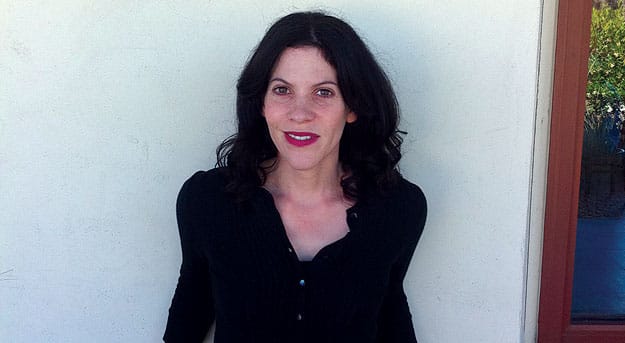 Nicole Antebi, who lives in Los Angeles and teaches in Monterey, uses a variety of media for projects that often take the form of multifaceted installations. Issues surrounding land and water reclamation in California unite her recent work. Her efforts to reveal and critique this narrative often lead her to desert sites.

A few years ago, Antebi’s research led her to the Salton Sea, which has come to symbolize utopian aspirations and dismal failures of water reclamation. The official story on the California State Parks website says the sea was created in 1905, “when high spring flooding on the Colorado River crashed the canal gates leading into the developing Imperial Valley.” However, University of Redlands has reported that the accident was, in fact, “an attempt by the California Development Company to dig a new diversion canal after repeated complaints from the farmers of insufficient water in their sediment-clogged irrigation ditches.”

The Salton Sea had a heyday beginning in the 1920s, when developers touted it as the new Palm Springs. Resort communities sprang up around the sea and, for a while, celebrity sightings were common. In the 1950s, the sea’s unnatural features — such as its lack of an outflow and the agricultural runoff that it receives — began to accelerate its environmental decline. Communities were flooded, and the saline level of the sea was so high that nothing except for tilapia could live in it — and even those fish turned up in mass die-offs. The area surrounding the Salton Sea is now dilapidated and largely abandoned, notable more for its decay than any sustainable life.

Antebi’s humorous 2007 video work Tilapia Jetty draws correlations between the sea and Robert Smithson’s land-art monument, Spiral Jetty. In Antebi’s piece, the camera pans in circles through depressed residential areas around the sea, conjuring a repetitive vision of decay that evokes Smithson’s belief in entropy as the dominant force in human civilization. It concludes with footage of a small jetty Antebi constructed with white cardboard and dead tilapia. As it washes about on the shore, Antebi pours in more tilapia. Smithson envisioned his own jetty as a monument to slow and gradual disintegration. In Antebi’s version, this disintegration is miniaturized and accelerated.