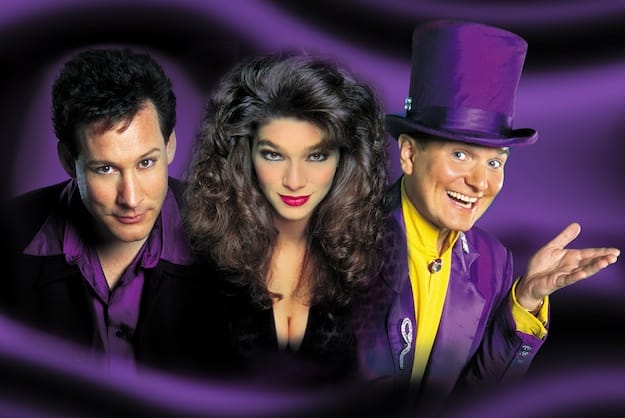 As a kid, Mark Kalin would sit on the floor of his local library reading about magic tricks and dreaming about one day performing illusions on the stage himself.

“I performed this ‘library trick’ for my mother when I was about nine,” Kalin says. “A simple sleight of hand trick using billiard balls that I’m still mastering. But she said, ‘It’s a masterpiece’ and something hits you fundamentally to understand and create your own magic.”

Kalin’s fascination with cards, coins, and sleight of hand never waned, and was fueled by membership in a magic club where he was further influenced to pursue his passion as a career magician.

“We live in a time where there is an answer for everything at our fingertips,” Kalin calmly explains. “Internet searches give us answers immediately leaving so very little mystery. Magic is morphing and great magic performed live offers a unique experience that many people have never had. It is a live form of art that can inspire an appreciation for imagination and wonder.”

After years of performing all over the world, Kalin teamed with his wife, Jinger Leigh, whom he met early on stage, to create their own unique shows. The tandem’s success has led to honors as “Magicians of the Year” by the prestigious Academy of Magical Arts, Hollywood’s Magic Castle and by Fox Television. The World Magic Awards also gave their production the award for “Best Magic Show”.

“We got frustrated working in other peoples vision within flashy magic frameworks,” he says. “There was a lack of substance and respect for magic as an art. We wanted to create our own theatrical tone and feeling for magic.”

Kalin and Jinger headline “Carnival of Wonders” at 8 p.m. Aug. 17 at The Show! at Agua Caliente Casino, Resort, Spa in Rancho Mirage.

“Carnival of Wonders” has become a jewel in the Kalin and Leigh’s collection of magical productions. Dark, mysterious carnival attractions set the stage for magic including fantasy, levitation, grand illusion, and dance production.

Audiences can also expect the thrill of seeing a woman sawed in half along with a special comedy appearance by Jeff Hobson (pictured right). According to Kalin, “It is appropriate for all of the family, but it is not a kids show. The magic is very intelligent and reaches people on many levels using a language of its own.”

One of the most precarious stunts Kalin performs in “Carnival of Wonders” is the “Table of Terror”, a classic escape involving 2,000 pounds of steel structure with 24-inch steel spikes suspended overhead. Kalin must escape his shackles before the suspension rope burns through, plunging the daggers into his body.

“We are pulling out all the stops for this venue, but I do get scared, this one gives me pause,” he says. “Despite the rehearsing you can’t fake a dramatic moment. There is always an element of real danger.”

Although he enjoys the spectacle, keeping his audience as well as his wife and cast on edge, it is not just the adventure that thrills Kalin. Thirty-five years later, his favorite moment in his performance remains his treasured “library trick”.

“I am nine again with my little book remembering and sharing my sense of wonder that anything is possible,” he says.