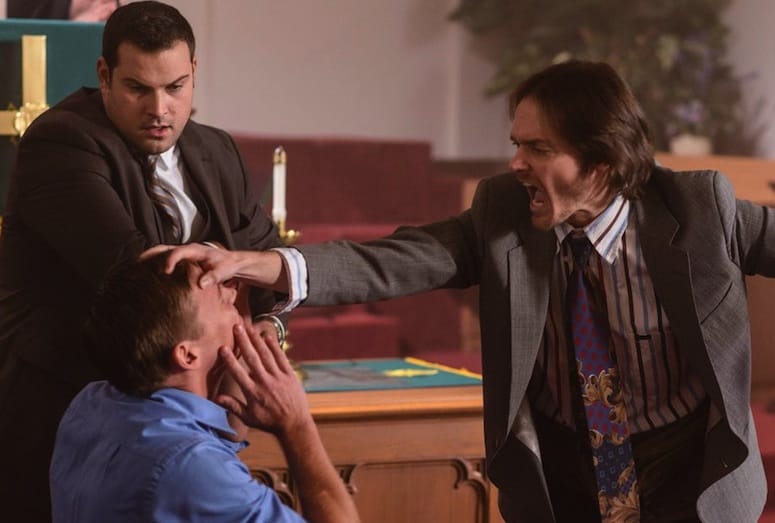 Individual tickets for Cinema Diverse go on sale Aug. 31 as the Palm Springs Gay and Lesbian Film Festival offers the largest selection of feature films in its seven years.

Opening night will feature Saugatuck Cures, a comedy produced and directed by Cinema Diverse alum Matthew Ladensack, who screened his short film, The Apple Tree, in 2012. “We are excited to make our World Premiere at Cinema Diverse,” Ladensack says. “We plan to bring as many members of our team as we can to the opening.”

Cinema Diverse continues Sept. 19 with a full schedule of films. Screenings begin at 11 a.m. through the weekend.

“We are covering a lot of ground this year,” says Michael Green, Cinema Diverse festival director and managing director of The Palm Springs Cultural Center. “Not only with the sheer number of films we’re screening, but also with the diverse array of film types.

“For example, we are screening what I believe is a first for Cinema Diverse in several genres – Violence of the Mind – a horror/thriller filmed partially in Palm Springs (pictured above); Waiting in the Wings: The Musical – a musical comedy with a new age twist, and The Dark Place (at left) – a mystery/thriller from the same team that created Judas Kiss.”

The 2014 schedule also includes several foreign films (Snails in the Rain, Lilting, Three in a Bed), some of the year’s best LGBT award-winners (The Way He Looks, The Circle, Tru Love), and documentaries (Campaign of Hate: Russia and Gay Propaganda, I Always Said Yes: The Many Lives of Wakefield Poole, Club King), plus a variety of comedies, dramas and shorts.

Passes are on sale. Visit www.camelottickets.com for more information.