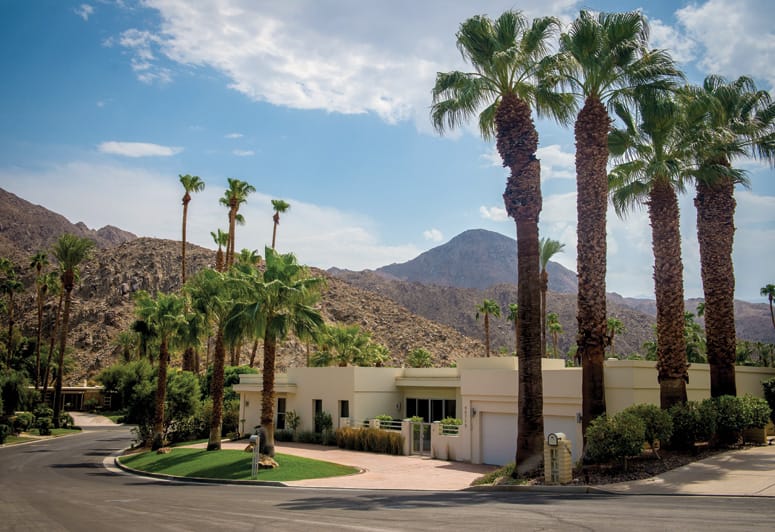 Some 100 miles east of Los Angeles, yet a world apart, lies Indian Wells, Calif., an extraordinary residential and resort community nestled at the foothills of the picturesque Santa Rosa Mountains. Beneath a brilliant expanse of blue skies, Indian Wells residents and visitors play golf and tennis, swim, jog, hike, bike, enjoy choice entertainment and cultural events, and indulge in superb restaurants and spas. Like the many facets of a magnificent diamond, Indian Wells offers a rare multidimensional experience.

Integral to this quality of life is the city’s dynamic municipal government, which works diligently to stay attuned to the needs of its residents and guests, institute solid fiscal and investment practices, create and maintain smart growth policies, and develop shrewd community partnerships. The city also demonstrates its commitment to excellence by hiring the most qualified employees, like new City Manager Wade McKinney whose public service career spans three decades.

Indian Wells has not been immune to the unpredictable economy that has plagued the nation since 2007. And in California, cities have also had to contend with the state’s dissolution of redevelopment agencies. Yet with rigorous strategic planning, Indian Wells has adapted and emerged stronger than ever.

There are signs of progress all over Indian Wells, but none more so than at the city’s two premier sports facilities: the Indian Wells Tennis Garden and Indian Wells Golf Resort. In late 2009, Oracle CEO/co-founder Larry Ellison purchased the tennis stadium and its signature event, the BNP Paribas Open, the most-attended ATP World Tour and WTA tennis tournament in the world. Today, the Indian Wells Tennis Garden is undergoing a sensational site expansion slated for completion by the 2014 tournament. Plans include a permanent Stadium 2 with 8,000 seats and two restaurants, a 19,000-square-foot shade structure, four practice courts, additional parking for up to 2,000 cars, and more. These enhancements build on the changes the BNP Paribas Open has made in the past few years, including the installation of a state-of-the-art Hawk-Eye Challenge System on all match courts. This year, banking giant BNP Paribas extended its title sponsorship of the tournament through 2018.

Likewise, an extensive revitalization of the Indian Wells Golf Resort completed in 2008 transformed the city-owned 36-hole facility into one of Southern California’s most sought-after destinations for golf, dining, and special events. Since its makeover, the golf resort has hosted the PGA Skins Game, the 15th season of the Golf Channel’s popular Big Break series, and the idyllic “Grooves on the Green,” an outdoor music festival featuring several marquee jazz performers.

The golf resort’s metamorphosis also included construction of the stunning IW Club, a 53,000-square-foot desert modern structure that houses museum-caliber artwork, a casual café adjacent to a 9-hole putting course, a lively and richly-appointed restaurant and bar with indoor/outdoor seating and magnificent views, an upscale pro shop and boutique, 20,000 square feet of flexible event space, and a Callaway Performance Center, — one of only 10 in the nation. In December, the resort will open another banquet area for large groups and special events.

Often, the “Indian Wells experience” is so irresistible that visitors choose to make the city their year-round or second home. Aside from the mild climate, beautiful surroundings, attractions like The Living Desert Zoo and Botanical Garden in Indian Wells/Palm Desert, and the city’s international reputation as a marvelous vacation and retirement spot, Indian Wells is located near some of the finest medical and wellness facilities in the nation. And owing to the strong alliance the city maintains with its resort partners, residents have access to numerous benefits including discounts on golf, tennis, dining and more. The city’s Community Activities Committee coordinates many festive social and cultural events, giving residents ample opportunities to meet and mingle. To keep residents and business owners informed on community affairs, City Council and staff present town hall meetings, broadcast City Council meetings online and on IWTV, and actively communicate to residents via newsletters and e-mail bulletins.

The friendship and camaraderie that exist in Indian Wells translate into a spirit of philanthropy that extends beyond its borders. The city’s Grants-In-Aid program provides funding to social service agencies and schools throughout the valley. During the 2013 BNP Paribas Open, Indian Wells partnered with the United States Tennis Association to “Adopt-A-Unit” of U.S. soldiers deployed in Afghanistan. City residents are a giving lot and many volunteer their time and resources to community organizations throughout the desert.

Public safety is also a priority. Indian Wells contracts with Riverside County for its law enforcement and fire services, and has one of the lowest crime rates and best response rates in the valley. Programs include Community Emergency Response Team (CERT) and CPR training for residents, and a community-wide emergency preparedness expo.

Despite the volatile economy, Indian Wells has been able to stay the course on planned public works and capital improvement projects. Over the last few years, the city has undertaken a phased Highway 111 enhancement project, which, in addition to beautifying the city’s stretch of the valley’s main travel artery, has helped improve traffic flow, alleviate road noise, and promote sustainability with efficient reclaimed water irrigation. City Hall is also working closely with residents and Southern California Edison to complete utility undergrounding in the Indian Wells Village area.

And although tourism serves as the city’s economic linchpin, a growing number of innovative entrepreneurs, telecommuting executives, and small- to mid-sized companies are rapidly diversifying the Indian Wells business environment, bolstered by an active chamber of commerce. This past August, regional chain Eureka Restaurant Group brought its unique “eatertainment” concept to Indian Wells, opening its ninth Eureka! restaurant in California. With its modern yet cozy setting and friendly neighborhood appeal, Eureka! defines the Indian Wells lifestyle.

It’s little wonder that the city chose the Latin phrase multum in parvo — “much in little” — for Indian Wells’ official motto. Indian Wells continues to be in the forefront of key initiatives that impact the entire valley — from tourism, resource conservation, and public safety to the arts, education, and healthcare. Indian Wells may be the valley’s smallest city by geographical area, but what it lacks in size it makes up for in outstanding vision, action, and quality of life.