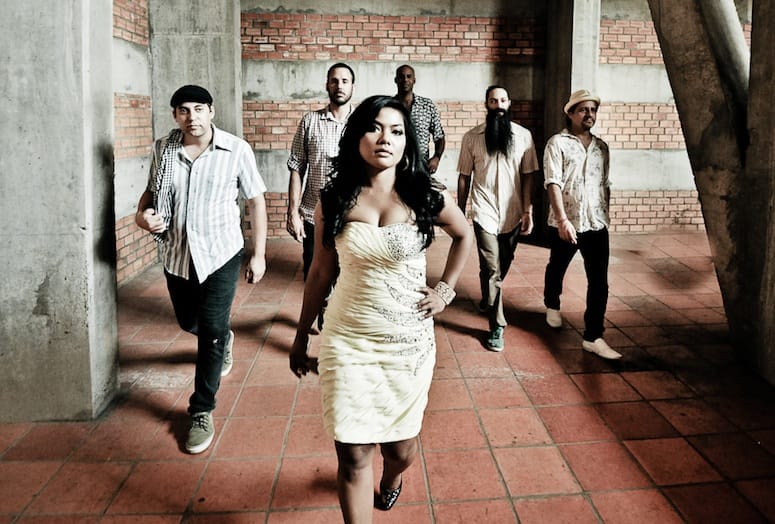 A young American boy sweats, withers in pain, and cringes in the back of a rusty, old truck.

The Cambodian driver stares ahead at the long winding road and turns on the radio.

“Dengue Fever” the driver says to Holtzman as he turns on the radio and psychedelic, 1960s surf pop music fills the trucks cab. A calm washes over Holtzman like a wave.

How did your band begin?
“My brother had an experience on a trip to Cambodia. When he came back he was looking for the music he heard over there and, as it turned out, I was listening to Cambodian 60’s surf pop. We talked about creating a band that would embody the spirit of [Cambodian] music. Yes, our singer is Cambodian, and yes, we love music from the 60’s and early 70’s, but since then we have been writing our own songs and taken this into any direction we wanted.”

When did you decide to start your own label Tuk Tuk records?
“We were looking at all the labels, and we decided to start our own five or six months ago. We are hoping to sign other bands, and help them get their music out into the world.”

Your new EP “Girl From The North” comes out Dec. 3. What’s your favorite song on it and why?
“I like listening to all three of them together, because it’s a trippy roller coaster ride. “The Deepest Lake On The Planet” just might be one of my favorite songs to listen to – it might not ever be heard live.”

Do you have a music video coming out with the EP?
“Yes, our friend Mark Walker did a “making of” our EP video that will be up on our website and social media around the same time."

Does the desert inspire you or your music?
“I love it, we usually camp out there. For me, I feel like when I look up at the sky, none of our problems really matter, because there’s so much more to the universe than just me. Our music video for “Sni Bong” was filmed in the Integratron (in Landers, Calif.). I love the story of that place. There are no distractions, so I bring my guitar and sketchbook. Sometimes, you just tap into the cool.”