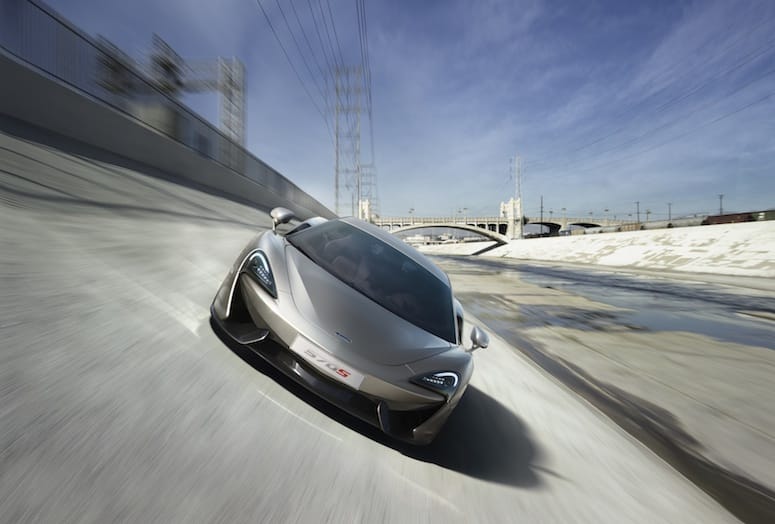 The McLaren 570S will be priced under $200,000 and will be on display at Desert European Motorcars in Rancho Mirage starting later this summer.
Photos courtesy of indiGO Auto Group

VIDEO: Listen to Todd Blue explain the addition of a McLaren Showroom at Desert European Motors in Rancho Mirage.

The expansion going on at Desert European Motors is far from over.

The Rancho Mirage dealership is in the throes of expanding its showroom space and recently announced the addition of McLaren Automotive, which will make it the only location in the country representing every British luxury and performance car, according to Todd Blue, chairman and CEO of Houston-based indiGO Auto Group.

“There are many people that have a few of those, but not all of those,” says Blue, whose indiGO Auto Group owns the Rancho Mirage dealership along with locations in Houston and St. Louis. “It’s a celebration of British heritage and it’s great that not only obviously I’m proud to celebrate the Indigo Auto Group and Desert European having that, but also it’s great for Rancho Mirage and for the desert,” Blue adds.

Blue says a new McLaren showroom will be built in 2016, but in the meantime the 570S and 650S models will be on display at the dealership by late summer, early fall. Blue says the 570S is a breakthrough for McLaren in the luxury performance car market, pricing out at $185,000. “We’ll be bringing a $185,000 car to the market place which we feel is perfectly positioned, not only for the desert specifically, but also will really launch McLaren in the United States as a legitimate competitor to some of the longtime super car makers that have been obviously in this market for a while,” Blue says.

Blue describes the driving experience of a McLaren as combining a Ferrari, a Porsche, and a Lamborghini with British Formula One engineering

“Out would come this fabulous thing called a McLaren,” Blue says.

Blue says McLaren’s attention to design and engineering put them on his short list of cars to bring to the desert since taking over Desert European Motors in 2013.

“McLaren is at the pinnacle of the engineering world and the automobile world,” Blue says. “As far as the desert, I think it will be an opportunity to be unique and authentic. I have something that’s unique and authentic, and obviously have something that you can own and get serviced in the desert when some of the other super car manufacturers are not represented in the desert right now.”