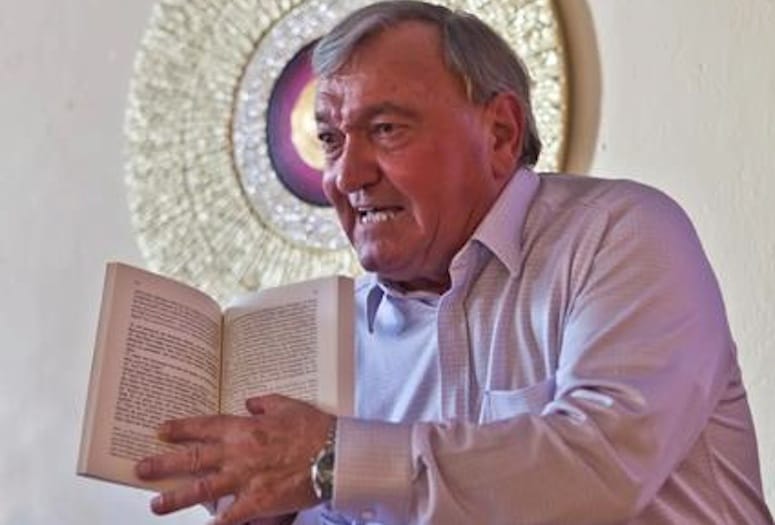 When Chariots of the Gods was published in 1968, author Erich von Daniken’s assertions regarding extraterrestrial contact dating back to earth’s infancy were greeted with distain.

“My ideas were attacked from all sides, especially from the scientific community,” he says. “They thought the suggestion of extraterrestrials was nonsense.”

von Daniken’s basic premise says extraterrestrials came to earth and studied our Stone Age ancestors to learn about their lives, learn languages and give advice. These creatures then left the planet, but they promised pre-historic man that they would return. Man’s primitive means and lack of technology led them to believe that these alien life forms were Gods. These Gods entered into mythology and religion with the assumption that the Gods would some day return.

Since first publishing Chariots of the Gods, von Daniken has written 32 books and with each one tried to better prove his case.

“I believe the world’s attitude toward extraterrestrials has changed and in the meantime, many other authors and scientists have published their own books with the same conclusions to support this idea,” von Daniken says. “I, myself, have become older and wiser and now, it’s very much accepted.”

von Daniken will be a panelist at Contact in the Desert, a conference committed to a serious, academic look at the UFO phenomenon and how it has impacted the human race. The Aug. 8-10 event at the Joshua Tree Retreat Center will offer a series of lectures, panels, and workshops to the public to explore the scientific approach to the mythology of ancient aliens.

von Daniken will join colleagues in search of the truth, and will partake in discussions based upon factual evidence, historical research, and new findings. He says he will share “a mixture of all knowledge” and continues to use new technology trends in his lectures. For example, he uses computer animation showing a model interpretation of a space craft based upon the Biblical prophet Ezekiel’s vision of a “chariot” emerging from the clouds.

As scientific exploration has continued to increase knowledge of the universe, von Daniken believes his theories can now be validated.

“I love critical discussion,” he says. “I often tell my audience, ‘Please do not believe this…control it.’ Strong arguments cannot be denied anymore.  Extraterrestrial existence is a fascinating concept. It’s incredible and a mind opener. These ideas could become a new branch of academia. Every science starts with a speculation, then a hypothesis. Then you check if the idea is good or lousy…to determine if it’s nonsense. I think it is reasonable what I do.”