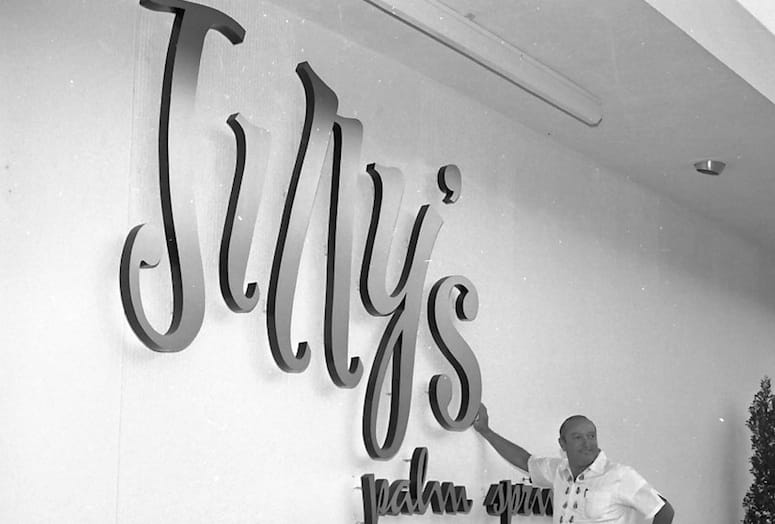 Rizzo, a restaurateur and entertainer from New York City, owned Jilly’s Saloon in NYC, a celebrity hangout in the 1960s. Rizzo was a frequent guest on Rowan and Martin’s Laugh In and had bit parts in the Manchurian Candidate, Tony Rome, The Detective, and the television show Kojak.

Rizzo became part of Sinatra’s entourage, and was known to be his bodyguard and frequent companion when Sinatra was out on the town. When he bought a home in Palm Springs, he chose the neighborhood around Sinatra’s home in Tamarisk County Club where many of Sinatra’s friends lived, which was referred to as “Sinatra Circle.”

Early in 1992, Rizzo and five other men were convicted of fraud in relation to an $8 million loan scheme. Rizzo was sentenced to 1,000 hours of community service.

After preparing for his 75th birthday party, a party that was to include his friend, Sinatra, Rizzo got in his white Jaguar and headed for his girlfriend’s house just a few minutes after midnight.

On his drive home he was struck by a car, his vehicle burst into flames and he died on May 6, 1992. He is buried near Sinatra in Desert Memorial Park in Cathedral City.