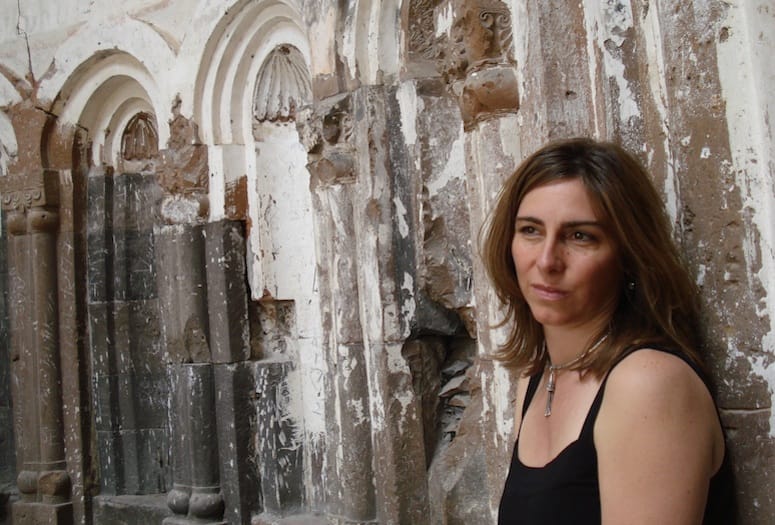 On Christmas Eve 2002, Laci Peterson, eight months pregnant, went missing from her California home. In the days and months following, the mystery of Laci’s disappearance and her husband Scott’s suspected role in the possible crime became the subject of intense public scrutiny.

With the public captivated by speculative assumptions regarding Scott Peterson, lurid investigative details were played out in the tabloids, television, and headlined most major news outlets on a daily basis. Laci’s body and that of her “late term male”, son, Connor, were discovered approximately four months after her disappearance. After a lengthy and highly broadcast trial, Scott Peterson was convicted of murder.

Like many Americans, filmmaker Shareen Anderson had heard about the famed criminal justice case without being familiar with specifics. A film and television veteran with such titles as “A Different Country” (2014) and “Saving Soweto” (2009), her only real foray into the criminal justice world was when working as a field producer on a 2007 documentary called Prison Town, USA. Filmmakers shoot a scene from Trial by Fury that examines the California murder case of Laci Peterson.

However, her colleague and fellow filmmaker, Elena Konstantinou, had watched a made-for-television movie regarding the Peterson case. Konstantinou, also a lawyer, was amazed by the media’s perceived representation and involvement in the investigation and proceedings. Konstantinou’s ability to analyze the events and criminal justice system from a legal perspective piqued her curiosity. According to Anderson, “She immediately felt there was something wrong with the story.”

The duo had just collaborated on the film Return to the USS Atlanta (2012) when they began researching the Peterson case.

“I was surprised at how the tabloids had made Scott Peterson out to be such a villain,” she says. “There was no forensic evidence. It was all very circumstantial. As we dug more into the story, our research took us on an odyssey that developed into interviews with lawyers past and present, the Peterson family, journalists covering the case, legal analysts, etc.  Looking back at the case through archival footage, it was clear that sometimes, the lines between news and information versus entertainment became blurred.

“For me this is such a fascinating aspect of the story,” she adds. “It just became a massive journey that I never, in a million years, thought we’d be on.”

Co-directors Anderson and Konstantinou’s film Trial by Fury will debut as a “sneak peak” at the American Documentary Film Festival at 7 p.m. April 2 at the Camelot Theatres in Palm Springs. Following the screening, Anderson will be available for a Q&A. Peterson’s defense attorney, Mark Geragos, as well as some of the Peterson family members are also scheduled to be in attendance. The film will also be shown at 3:30 p.m. April 4, at CSU Palm Desert. A scene from the documentary. Interview with Janey Peterson and Susan Caudillo.

What was your biggest challenge making this film?

“Definitely, the biggest challenge was getting people to trust us. Past media coverage proflierated so much misinformation. (This case) was such a media circus. There was so much media coverage. Everyone was doing something on the Peterson trial. That was a time when 24/7 cable was running such (true crime) stories with legal analysts and pundits analyzing the case on a daily basis. There was even a public lottery to win a seat in the courtroom to watch the trial.”https://palmspringslife.com/admin/pages/Publishing/index.php?issueid=2115&itm=15665&mid=1333&pagetype=article&parentitem=2115&parentview=edit_issue&view=edit_page&requiressl=true

What conclusions do you want the audience to make from this film?

“Our goal has always been to look at the case from a different point of view and ask questions. What role did the media play in the investigation and trial itself? Did its influence on the criminal justice system impact the outcome? What role did public opinion play in the outcome? There was tremendous pressure, early on, for police to find a suspect. Did the ‘go get em’ mentality of the police and prosecutors shadow their judgment? Did they miss other suspects?

In the film, we explore other possibilities involving, additional, compelling evidence that had come to light. Maybe something else might have taken place that involved, for instance, other suspects abducting Laci Peterson. If there is another person or persons that committed this crime, then they need to be brought to justice.”

What possible change or outcome would you like to see come out of this?

“Well, I think I’d like for people to question what they, originally, believed to be true. Start doing some research, if they are interested. Read the appeal, read the Habeus Corpus — both are available online. If they feel there is an injustice, demand the legal system do a proper job. Demand answers. If there is an innocent man on death row and other suspects walking around, something should be done about that. If people feel compelled after they watch the film that would be a good outcome.

We are not telling people what to believe.  We are presenting the facts and asking viewers to make up their own minds about his guilt or innocence, or whether he even got a fair trial. We are saying that what you think you might know about the case, might not be true…it’s still a mystery. There’s a lot more to it. It will probably surprise a lot of people.”