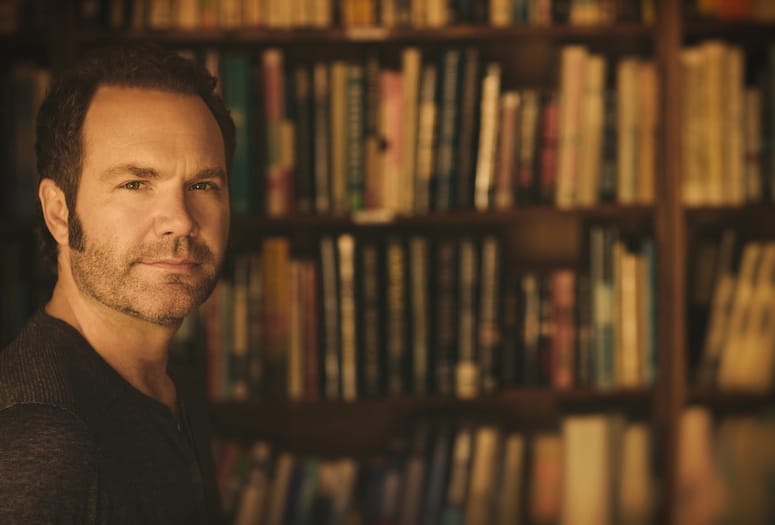 In the late 1990s, John Ondrasik’s record label told him that singer/songwriters were dead, and he needed a band name to succeed in the music business.

Later that night, as he headed home from a Los Angeles Kings hockey game, the name Five For Fighting came into his head.

The name and the massive hit songs to follow, like “Superman” and “100 Years”, eliminated any chance that anyone would forget who Ondrasik was any longer.

Reflecting on past Joshua Tree writing trips he used to take before having children, he says it’s “a wonderful environment for creativity.”

Excited to play new songs from Bookmarks and happy to reinvent his hits for new fans, Ondrasik loves performing close to home. Ever the sport fan, he also has hopes that everyone at the county fair will celebrate a USA hockey win in the Olympics (the semifinal game is scheduled that day).

Ondrasik took a minute to talk to Palm Springs Life about his passions.

As a big hockey fan, can you explain what the name "Five For Fighting" means in hockey terms, and why you chose it as your name?
“I'd just come from a LA Kings hockey game (sorry Duck fans) where a fighter named Marty McSorley had dropped the gloves. I sarcastically suggested Five For Fighting as my band name and the label loved it! Alas, there have been some dividends like playing Dodger Stadium for the Kings/Duck Stadium series a few weeks back.”

Who were your influences or inspirations in music?
“As a songwriter, The Beatles…as a singer, Freddie Mercury or Steve Perry.”

You write songs for yourself and other artists like Josh Groban and Backstreet Boys. Where do you find inspiration for your songs?
“Inspiration can come from many sources including personal experience and observation. I do alot of lyric writing while hiking around the country, including the deserts in Palm Springs and Death Valley.”

Some artists have different feelings about playing their hits; do you ever grow weary of performing those songs?
“Luckily I have not gotten sick of “Superman” yet, and can grow up with “100 Years”. I understand how some songwriters "burn out" on their hits, but I realize that at every show there is one fan seeing the only Five For Fighting concert of their lives. I would consider it bad taste if I did not sing the hits for them.”

What was your most challenging and yet rewarding song to write on your recently released album Bookmarks?
"The Day I Died" is a song that could never be on the radio, but is one I'm proud of on "Bookmarks"

What are you looking forward to most about your upcoming Riverside County Fair performance?
“Always fun to do concerts close to home. Should be a blast. Let's hope we are celebrating a USA hockey win!"