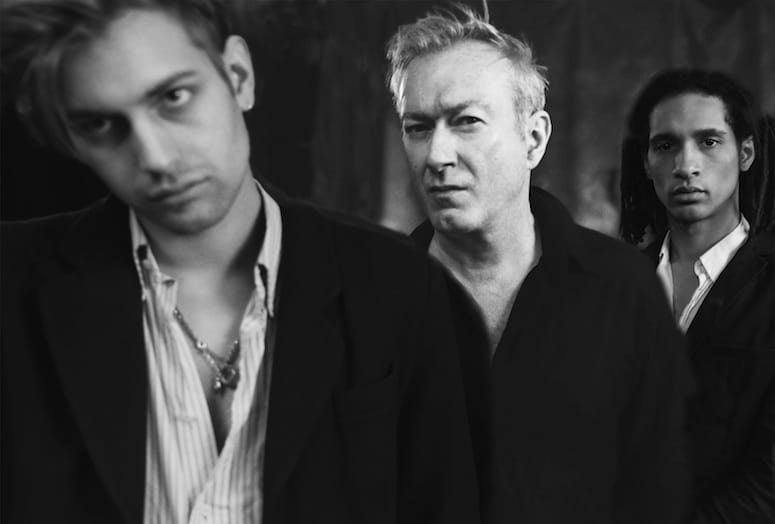 In 1984, Gang Of Four’s guitarist Andy Gill received a call that a young aspiring L.A. band wanted him to produce their debut album.

When The Red Hot Chili Peppers stepped into L.A.’s Eldorado Studios, they excitedly met Gill and told him, Not Of Great Men off Gang Of Four’s first album, Entertainment, was the song that got them going.

From the beginning in 1977, veteran “proto-punk” band Gang Of Four’s lineup has had various transformations. With John King now gone, the current roster is spearheaded by founding member Gill on guitar, and is joined by singer John “JLo” Sterry, Thomas McNeice on bass, and Jonny Finnigan on drums.

Touring with their latest album, What Happens Next? and having just wrapped up a rousing bunch of shows at SXSW, Gang Of Four plays on March 27 at Pappy & Harriet’s in Pioneertown. Gill (pictured at right by Tom Sheehan) took time out of his tour schedule to talk to Palm Springs Life.

Tell me about the new album, What Happens Next?
"The title is very apt. There’s been a change in the lineup. When I started this album, I didn’t know exactly where it was going to go, but I just had some song ideas and collaborations. I didn’t want it to look back at old Gang Of Four. I wanted to get away from that and go where it felt right."

Since you’ve been through the entire metamorphosis with this band, do you feel a greater freedom?
"Yes. Definitely. There was a sense of re-imagining from the ground up. The Gang Of Four ethos was about creating a new musical sound, a new musical language, and a new lexicon of subject matters, like looking at ourselves and society and how it all works. People say the DNA is still the same."

What is your favorite song of the new album you love playing live?
“Where The Nightingale Sings – we open with that one at the moment and another song called Stranded.

So do you view Gang Of Four as political?
"I sometimes kind of question the 'political’ label because it sounds like you’re kind of trying to bang the drum for a political line. Fly the flag for left wing causes. For me that’s not what the music is about, or should be about. It’s more thoughtful and considerate then that. I think Gang of Four has escaped from more traditional rock music concerns [because] it’s more complicated than that, it’s about realism."

You’ve inspired bands like Nirvana, did you ever meet them?
"I never met Kurt Cobain, but I have met the other guys in Nirvana on different occasions. When I produced Killing Joke’s record, Dave Grohl did drums on that record, so I spent a lot of time working with him. We talked a lot about [that]. More recently St. Vincent, otherwise known as Annie Clark, did a piece in NME that said I was her favorite guitarist, which was nice."

Have you met Clark?
"We did a Podcast on The Talk House that is still up online. It’s a half and hour conversation about guitar playing and other musical things. It’s interesting to see how you become part of the dialogue for other bands."

Are there artists that influence your current work?
"There are many influences that inspire…the last Kanye West album that came out a few years ago was great. It had some great production ideas and it fed into what I was doing. I listen to a lot of bits and pieces. I get a lot of ideas from reading 19th century books [like] Joseph Conrad. I read Moby Dick a few years back. Also from films and TV."

Have you played Pappy & Harriet’s before?
"I’ve heard great things about it. I’m really excited to play and am looking forward to it!"