Gavin MacLeod's Break Was Getting Fired 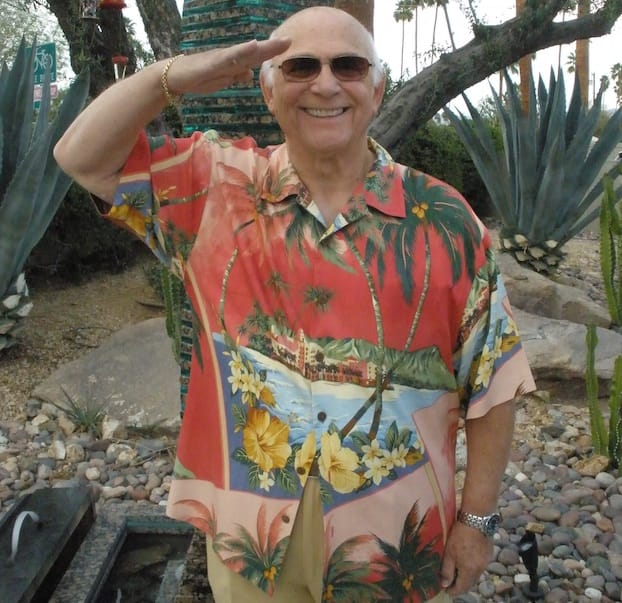 “Should I bring my hair?”

Gavin MacLeod used to carry a hairpiece in a box just in case being the bald guy might not be what the casting director was looking for.

But on this occasion, the Rancho Mirage resident didn’t need it. He was acting in a pilot directed by Hal March in the 1950s, and the opportunity looked so promising that MacLeod had gone out and rented a new car and a sweater at Bullock’s.

After lunch on the first day of the job, the first assistant approaches MacLeod and tells him to bring his sweater and script because the casting director wants to see him.

“Why would he want to take my sweater? Can I be getting fired?” Macleod recalled asking himself.

The casting director tells him March had wanted someone else from the beginning because they were friends, so they were letting MacLeod go but he would be paid anyway.

“I said, ‘That’s not the point’,” MacLeod said. “Everyone knows I’m doing this thing and the only thing I thought I could do was act, and now they are telling me I can’t do that?” When he returns home to tell his first wife, Joan, the news, he suddenly finds himself looking at that proverbial fork in the road.
“I thought about giving it up, go back east and my family wanted me to be a roofer, but I don’t do well with heights,” he said, laughing.

But as fate would have it, MacLeod received a call later that day from his agent saying Blake Edwards wanted to see him. After meeting with Edwards, MacLeod was cast in the pilot for “Peter Gunn” (the series role would go to Craig Stevens), and MacLeod had his break. He wound up with roles in several Edwards movies, including “Operation Petticoat” with Cary Grant and Tony Curtis, “High Time” with Bing Crosby, and “The Party” with Peter Sellers.

The story is the opening tease in MacLeod’s forthcoming book, “This is Your Captain Speaking: His fantastic voyage through Hollywood, faith and life”. His TV roles starting with Murray Slaughter in the “Mary Tyler Moore Show” in the 1970s and Captain Merrill Stubing in “The Love Boat” in the 1980s brought MacLeod into America’s households and solidified his standing as a lead actor.

This weekend (April 12-14), he brings his story to Coachella Valley audiences with a one-person show at the Coachella Valley Repertory Theatre in Rancho Mirage. MacLeod, 82, took time to answer some questions about the show and his amazing career.

What can audiences expect to see in your show this weekend?
“We’ll show a movie first about my life called “The Life and Times of Gavin MacLeod”. This came about in my work for Princess Cruises. I did a lot of teaching films for them. I was telling one of the Princess people about some of the people I’ve worked with and he told me that we needed to get this down on film. After the film, I’ll come out and tell some stories and answer questions from the audience.”

Did you worry about what would be next for you after the Mary Tyler Moore Show went off the air?
“We were all sad when the show ended. They offered me three other pilots, and none of them sounded interesting. Then Aaron Spelling calls my agent and says he wants me to do “The Love Boat”. I asked my agent if had he read the script and he said, ‘Yes, it sucks.’” So I showed it to my wife Patty and she thought it could be good with the right people and put on at the right time.”

What did you take from the Mary Tyler Moore Show that helped you on “The Love Boat”?
“Mary was a great leader, and I would take a lot of her behavior. Mary’s discipline was incredible. I had to be on top with “The Love Boat”. I’ve never been a quick, quick study. I always had to work to get those lines in me. Betty White was always the best I had ever seen. Mary was second best. Mary really exemplified the discipline. Be the first one to work. And always be prepared.” What was the best part of “The Love Boat”?
“For me, to have consistency of employment like that and to be with all of these stars. It was just a gift. Stars like Sir John Mills, Ginger Rodgers, Douglas Fairbanks, Jr., Ann Miller, Carol Channing, Ethel Merman, Vincent Price, Joan Blondell, Luise Rainer, Lillian Gish, and Helen Hayes. I mean, c’mon.”

How did you come to live in the desert?
“In 1973, I did "Gypsy" with Kaye Ballard in a burlesque house in San Diego. Linda Kaye Henning was Gypsy. Kaye (Ballard) said you need to come see me some time, and I asked where she lived and she said, Rancho Mirage. I live in Desi Arnaz’s old house. We’ve never been out that way. So we went to see her, and we liked it here a lot. I loved coming around the mountain – all that stuff seemed to disappear. We found a house in Palm Springs on Cactus Drive. We were there for several years, and then we moved to Rancho Mirage.”