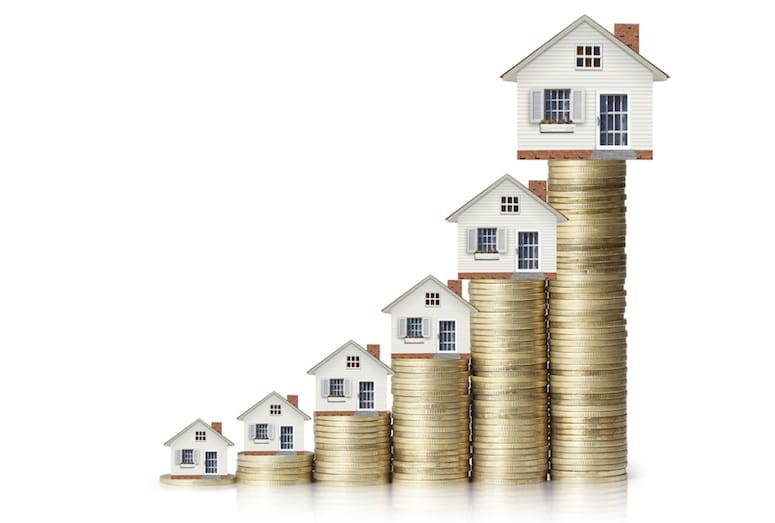 Home buyers have been slowly but consistently pulling back from the market as prices approach past norms.
Photo by ThinkStockPhotos.com As seen in the Coachella Valley Median Price chart (pictured above), housing prices continued to inch up in May for the seventh consecutive month, even as sales continued on a year-over-year decline. Prices in May are now only 6 percent short of the long-term 3.5 percent growth curve (blue line). However, sales are 15 percent less than the highest sales rate of the recovery established exactly two years ago.

This pattern indicates that home buyers have been slowly but consistently pulling back from the market as prices approach past norms. This is the sign of a natural and normal housing market. City Prices
Year-over-year price gains throughout the valley’s nine cities are also beginning to moderate — but at an uneven pace. A year ago, 12-month city gains varied from 40 percent to 20 percent, as we were in the powerful part of the price surge following the crisis lows of 2011. While gains are still strong, most are now clustered around year-over-year returns of 12 percent, as the table (above) shows. The homeownership graph shows that ownership of existing homes in the valley — and the entire county — has been slowly changing from households to investors. At this time, it’s too early to assess the long-term impact of this transition on the stability of housing communities. There are both positive and negative aspects.

Cash Buyers
Over the last seven years, many investors purchased homes in the Coachella Valley outright, with 100 percent cash and no financing of any kind. Interestingly, this created a form of stability not typically found in most other markets.

Price risk in normal housing communities usually results from two factors: a cyclical recession that produces job layoffs and forced selling by homeowners unable to make mortgage payments, or variable rate mortgage resets with homeowners no longer able to make the higher payment. With so many homes now owned without mortgages, these two risks are very much reduced.

On the other hand, with so many homes owned for rental, there is a risk that new households will begin to “buy to own,” and, with fewer renters, investors will start having trouble locating renters. This could eventually start a wave of selling by investors eager to rid themselves of difficult-to-rent properties. We’ll have to watch these factors carefully.