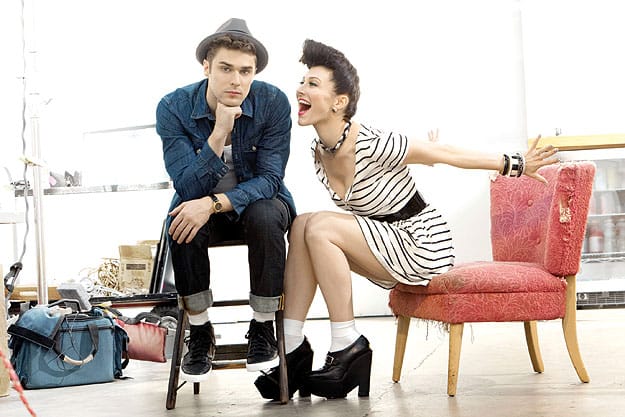 Camilla Grey is UHH’s lead vocalist, opposite her partner onstage and off, Leisha Hailey. Fans might remember Hailey as Alice from Showtime’s breakthrough series, The L Word. Uh Huh Her champions The Dinah’s message of girl power and fun for all.

“It’s an amazing place for young women to go and get together and do God knows what,” Grey says. “It’s a safe environment for that.”

Hailey agrees: “Through the years, it’s grown into this amazing thing.”

For Amy Heidemann and Nick Noonan of Karmin, The Dinah offers plenty of opportunity to give back to the community that launched their career.”

“I don’t know if this is a well-known thing, but before we were on YouTube, we didn’t have very many fans and the ones we did have, [were of] the gay community,” Heidemann explains. “They’re our biggest supporters.

Karmin’s fans are in for a treat when the duo performs its set April 4 in Palm Springs.

“We have this new song called ‘Boom’ and it’s one of our favorites to play, especially at events pertaining to the gay community because it’s almost like an anthem and it’s really fun,” Heidemann says.

Just don’t expect Karmin to give up any other performance secrets planned for The Dinah’s crowd. Noonan, especially, is playing those details close to his chest. “If we told you, then it wouldn’t be a surprise,” he teases. Camilla Grey and Leisha Hailey of Uh Huh Her will rock The Dinah.