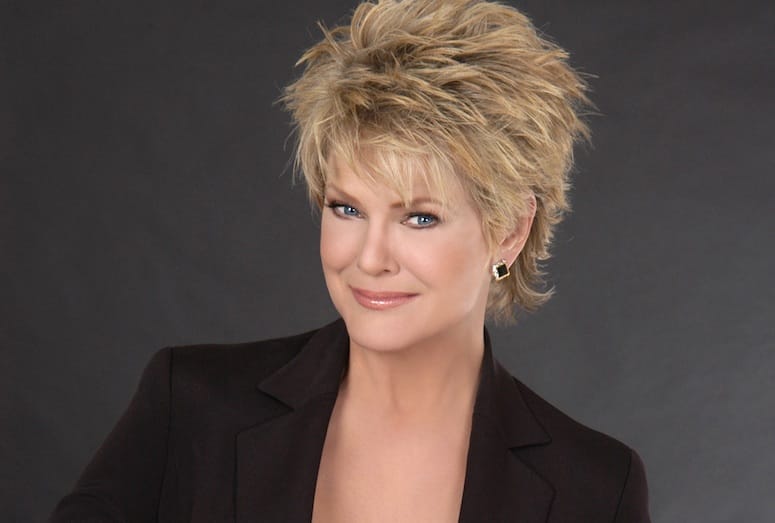 A few years back, Gloria Loring was sitting in the audience as the legendary Lena Horne sang her heart out on Broadway.

“Her fearlessness and willingness to open her heart and give us (the audience) everything she has was so inspiring,” Loring says. “I realized she was ‘singing from her thighs up’ with such a passion. I whispered to myself, ‘That’s a whole ‘nother way to be a woman.’ She gave me permission to give my full self.”

Horne’s performance gave Loring the epiphany to draw upon her own experiences and seek a higher level in her own artistry. She created her show as a tribute to her childhood idols, including Judy Garland, Peggy Lee, Ella Fitzgerald, Billie Holiday and of course, Horne.

“I wanted a show singing songs from the women that influenced me along the way, and it is with great happiness that I get to share this music,” she says. That philosophy has extended to live theater as well. Recently, Loring was honored for her with the Desert Theatre League’s Desert Star Award for Outstanding Lead Female Performer for a Staged Reading by a Professional in “Love, Loss, and What I Wore” at Coyote Stageworks.

Some of her other credits include:

• Gloria has shared the stage with Al Jarreau, the Pointer Sisters, the Supremes and jazz legend Mel Tormé.

• Gloria co-wrote (with Alan Thicke) and sung the theme song from television hit, The Facts of Life.

• She recorded The Prayer with her son, R&B sensation Robin Thicke, and the duet is featured on her newest CD, A Playlist.

• Her character, Liz Chandler, on Days of Our Lives launched hit love song, Friends and Lovers, which became the first song on a television network to go to No. 1 on the Billboard chart.

• Loring will co-star this holiday season with Michael Muhney (Young and the Restless) and actress Kelly Overton (True Blood) in the independent film, Correcting Christmas.

• “I have practiced yoga and meditation for more than 24 years.”

• “I love to read; to learn; to expand my heart…expand my mind.”

• “I love to cook for friends. It makes me very happy to see people in my home enjoying themselves.”