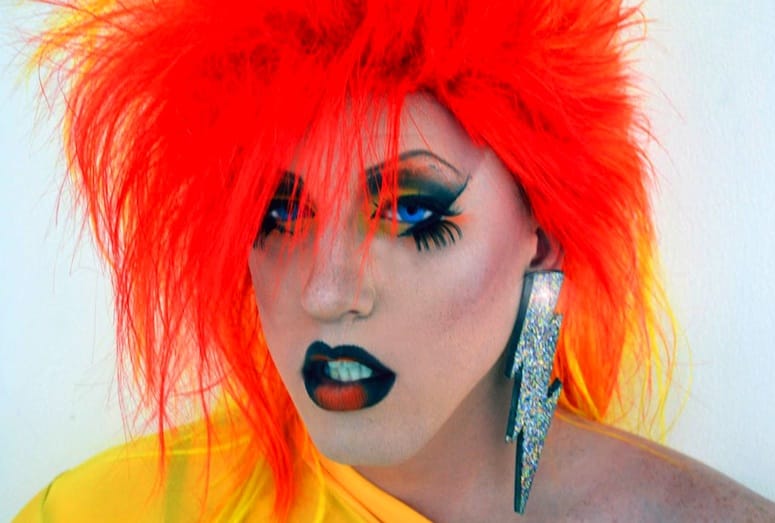 Located just off the lobby at Hard Rock Hotel Palm Springs, a once unused space will become a weekly home to getting the weekend off to a proper start.

Starting May 15, Thursday nights will showcase a new drag show, Flirt, featuring a different theme every week anchored by one of the most recognizable female impersonators in the Coachella Valley, Bella da Ball.

"Thursdays to me has always been like the new Friday night," says Richard Beas, director of entertainment at Hard Rock Hotel Palm Springs. "It's a good time to get on that groove, especially in Palm Springs. People generally have Sundays off, so they want to use that for the pool. This will be their Friday night."

Since helping to open the hotel last year, Beas has had this project in mind.

"I lived in San Francisco for seven years, and I was always a huge fan of the drag shows there," Beas says. "To me, it's like the new kind of punk rock of entertainment because there are no rules." "There is a lot of history here with the gay community, so I wanted to give back and do something a little different," Beas adds.

Ball has worked at the property before and welcomes the opportunity to return under the Hard Rock flag.

"I have loved this property for years, from the days of doing the LaLaPOOLooza benefit shows, to my weekly shows there when it was Hotel Zoso, plus many other events, benefits, Halloween shows, and New Year’s Eve show," Ball says.

The first show rolls out with the Women of Rock/Women Who Rock! featuring Marina Mac, Sassy Ross, and Jersey Shore (pictured at right). The room will house a stage, dance floor, bars, and various types of seating opportunities. There is no cover.

"I look forward to working with Hard Rock in this fabulous venue with its central Palm Springs location, unique memorabilia and high energy and fun atmosphere," says Bella, aka Brian Wanzer. "The evening, show, and feel will be edgy, sexy, high-energy, fun, and casual  with audience participation."

Shows will run at 7:30 and 9 p.m., and Beas says there will be a DJ to keep the music going in between sets. Guests are encouraged to dress according to each week's theme, and there will be prize giveaways.

Future themes will include 80s, 90s, disco, Legends and Superstars, and International Influence/Invasion/Infusion.