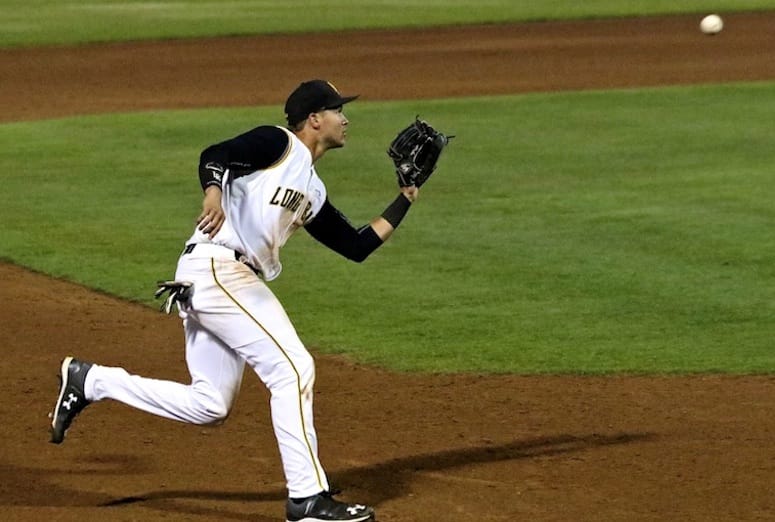 Jonathan Serven, a storied 2012 graduate of Palm Desert High School, will take a break from his day job as a student-athlete for the Long Beach State University Dirtbags to play his summer ball for the Palm Springs POWER, which opens its season May 29 at Palm Springs Stadium.

After spending the 2013 season with the POWER, Serven spent last summer playing in the West Coast League for the Cowlitz Black Bears, where he earned an Honorable Mention league accolade and was the team co-leader with 22 RBIs.

An incoming senior at Long Beach, Palm Desert's former standout shortstop (not to mention its all-time leading scorer on the hardcourt) is eager to spend his diamond time back in the valley, where he looks to be the POWER's starting third baseman. Jonathan Serven is back after playing the 2013 season with the Palm Springs POWER.

"I just want to be back in the desert," Serven said the day before the Dirtbags' final game of the season. "It's gonna be fun, and I'm excited to be home; and I'm also excited for the heat, as weird as that sounds. I miss the heat. It's nice and warm at the park, and I'm loose and my body feels good."

Lucy for Serven, the termperatures are expected to hover around 100 degrees for much of the opening weekend of games.

Serven's father Jim – head coach of the Palm Desert boys' basketball and girls' softball teams – will no doubt be among a host of fans eager to follow his son's summer campaign.

"My parents drive out to Long Beach for a lot of games, but to be able to be right in my own back yard playing in front of family and friends that can't make the drive out to see me play in college, it's really cool," Jonathan Serven said.

With hopes of playing pro ball, Serven aims to use the summer to refine his work at the plate. "The main focus is hitting; just finding the comfortability," Jonathan Serven says of his summer goals.

"The main focus is hitting; just finding the comfortability," details Serven. "I've messed around with a lot of different batting stances to try and get my hands back and be quick to the ball and all those mechanical things. I'm a pretty big kid, and I want to be able to drive the ball to the gaps."

Desert sport fans hoping to see a pair of Serven jerseys in the lineup may be left searching some archives. Jonathan's younger brother Brian Serven, a 2013 grad of Palm Desert and starting catcher for Pac-12 powerhouse Arizona State, will likely play a second summer in the Cape Cod League.

Back in March, the brothers' collegiate teams faced off in a three-game series that saw the younger Serven get the better of his brother as Arizona State took two games.

"The second game we both played, I was stepping into the box and doing my little routine with the batting gloves and getting ready to hit," Jonathan recalls of the meeting.  "And their pitcher started to pitch before I was even ready. And the umpire called time, and I just looked at Brian and I was like, 'Really? You're gonna quick-pitch your brother like that?'"

Of the series finale, Jonathan, laughs: "Brian hit a home run, and he was rounding second and I was just staring at him. And as he gets close to me, he was just starting at me and gave me a little smirk and kept running."

"There were a lot of local guys that year, and that was a lot of fun getting the chance to play with guys that I grew up with," recalls Serven of his 2013 POWER play. "Just the whole atmosphere was a lot of fun and I had a great time with it."

Promotional evenings abound for the 2015 Palm Springs POWER season. Among this summer's highlights:

• On June 21, the first 500 fans through the gate receive a free ticket to Wet 'n' Wild in Palm Springs.