How the Alexanders Brought Design to Palm Springs Tract Housing 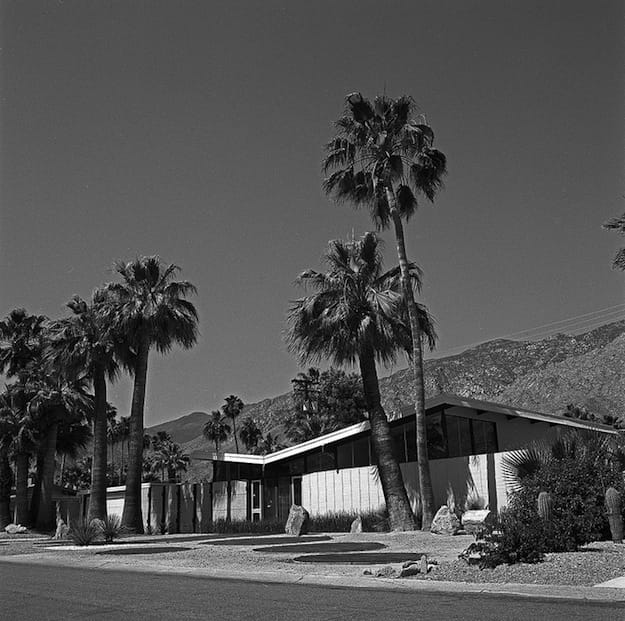 “Tract House”, according to Webster's Dictionary is, “any of many similarly designed houses built on a tract of land”.

East Coast desert dwellers know the name Levitt as well as their own from nearly 20,000 homes built in hamlets in post-World War II New York, New Jersey, Pennsylvania and beyond. So what connection do Levittowns have to the Coachella Valley?

Our mid-century modern neighborhoods share little resemblance. In the 1940s, George Alexander was a successful Los Angeles builder and land developer. Son Robert attended the University of Southern California with a young architect named William Krisel. If you know desert modernism, you’re already steps ahead of us.

Among the young designers with fresh architectural ideas, Bill was in like-minded company with friend Bob. Assembly line construction methods and imaginative features such as indoor-outdoor living, atriums and breezeways, “butterfly” and vaulted roofs, no attics and rooms with high clerestory windows and exposed beam ceilings, an open carport instead of a garage swirled around in their heads to the chagrin of George, who considered them insubstantial.

Who would want such a house? He gave Bob land in the outreaches of the San Fernando Valley to teach him a lesson: build some and nobody will want them. That Granada Hills subdivision built more easily and sold more quickly than anything before, so dad learned the lesson and brought the concept to the desert where The Alexander Construction Co. built almost 2,000 analogous houses over the next decade.

More than simply quantity, “The Alexanders” (and Joseph Eichler, primarily in northern California) were the first in any measurable account to bring real architecture and real design to tract housing…and it swept the country.

A topic too huge for this column, explore Coachella Valley’s countless tracts from Palm Springs to Palm Desert and don’t miss the fantastic new Alexander documentary, “Mid-Century Moderns: The Homes That Define Palm Springs” available at the Palm Springs Visitors Center or www.TheAlexanderDocumentary.com.

Join me next month again, on the modern road!