Idyllwild Jazz in the Pines Taps into Talented Student Body 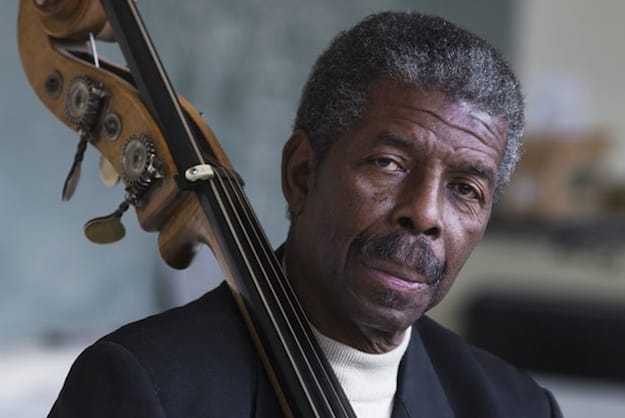 When it came time for Marshall Hawkins to find musicians to fill out some of those early years of the "Idyllwild Jazz in the Pines", he didn’t have to look very far.

“The real nucleus of the development of this festival was the alumni of the school,” says Hawkins, who developed the jazz curriculum at the Idyllwild Arts Academy in 1986. “Those kids are absolutely great.”

One of them, American Idol alum Casey Abrams, will perform in the 20th anniversary edition, Aug. 17-18, at the Holmes Amphitheater in Idyllwild. Abrams will sing from noon to 1 p.m. Aug. 18 in the amphitheater.

However, music can be heard all day split between the main stage amphitheater, “The Barn” (Stephens Recital Hall) and The French Quarter, a New Orleans-style bistro.

Hawkins helped found "Jazz in the Pines" after being asked by the Idyllwild Arts Foundation to help raise scholarship money.

Hawkins has inspired students like Abrams for 27 years after the Washington, D.C. native landed on the west coast to play with Miles Davis at the old Shelly’s Manhole in Los Angeles in 1968. Hawkins toured with the Miles Davis quintet with Wayne Shorter, Herbie Hancock and Tony William and later formed his own in 1971. He returned to California in the late 1970s to be the bassist for Eddie Jefferson (the innovator of "vocalese") and from there toured internationally with sax great Ritchie Cole. In 1978, Hawkins moved to Idyllwild where he has lived ever since.

His first student at Idyllwild was Evan Christopher, who became a renowned clarinetist and composer in New Orleans after graduating from Idyllwild’s first class in 1987. Two years later it was Jason Jackson, who would go on to become lead trombonist in the Dizzy Gillespie All-Star Big Band and played on such Broadway hits as “The Color Purple”, “Spamalot” and “Chorus Line”.

“I pinch myself and say, ‘Are you doing this?’ Hawkins says. “I’m still in the middle of it. It’s absolutely exhilarating. I try my best to set that example with my kids by showing how important it is to keep learning even at age 74.”