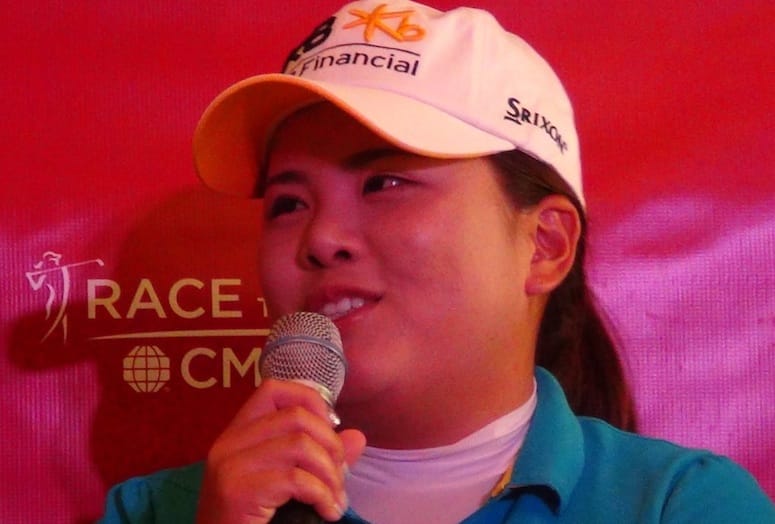 For a player known as the LPGA's "Silent Assassin," Inbee Park's 2013 campaign created a din of enthusiasm that would voice across the sporting world and make women's golf front page news around the globe.

And the noise began at last season's Kraft Nabisco Championship in Rancho Mirage.

Park's dominating, four-shot win over countrywoman So Yeon Ryu at the 2013 Kraft preceded not only her leap into Poppie's Pond, but also propelled Park to her current No. 1 rank in women's golf and set the stage for a season of historic proportions.

The 25-year-old Park would go on to win two more consecutive 2013 major championships, making her just the second woman in LPGA history (and first since Babe Zaharias in 1950) to win the season's first three majors and the fifth golfer in history, male or female, to begin a season with three consecutive major titles.

Though Park's charge for a fourth straight major would come to an eventual August halt at the Ricoh Women's British Open, she would nonetheless tally six total victories in 2013 and conclude the season as only the third woman in LPGA history (and the first since Pat Bradley in 1986) to capture a trio of major titles. The sterling C.V. led to Park being honored as the tour's Rolex Player of the Year – the first-ever for a South Korean golfer.

For the season anew, Park returns to Mission Hills Country Club seeking to become the event's first back-to-back champion since Annika Sorenstam in 2001-02.

"I'll probably try to be better than last year, but it's going to be very tough," said Park at the Kraft's media day press conference in mid-March.

To make a run at another Leap, Park detailed the need to control both her "Silent Assassin" mindset and corral the deft putting stroke that led her to rolling in 20 birdies at last year's Kraft.

"Everything is going on in my mind and my head, but it feels like I'm quite good at controlling my feelings on the outside; when I'm mad or depressed or when I'm happy I'm not expressing it that much out on the golf course," Park says. "And that has been really helping me. Going through the bad rounds and good rounds and trying to be the same person on the golf course has been one of the keys to my golf game."

Aside from The Masters, The Kraft Nabisco Championship is golf's longest-running event continuously held at the same locale. The 43rd annual Kraft runs from April 3-6; for tickets and information, visit www.kncgolf.com