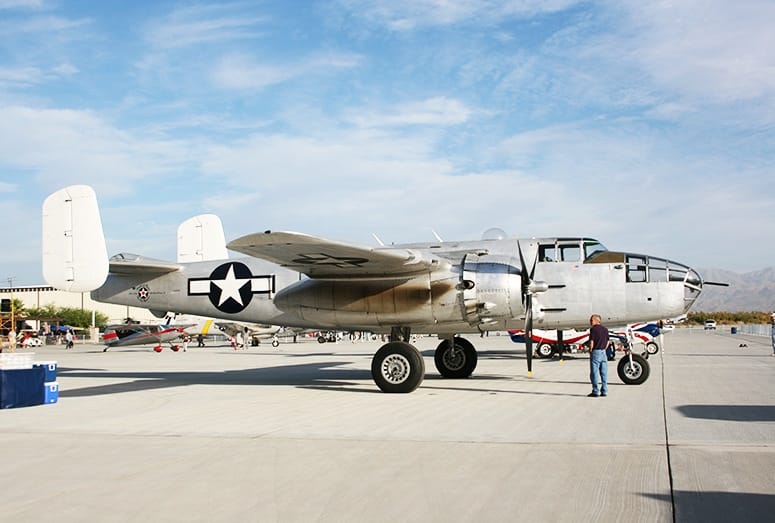 This year the Smoke-n-Thunder Jet show is an exciting addition; featuring an exhilarating race between John Collver and his plane against Bill Braak in his Jet Car.

World War II buffs will enjoy the variety of vintage, military, and civilian aircraft on display, including the B-25, Bearcat and more.
The show includes more than 60 food, merchandise, and specialty booths, plus a free Kids’ Zone.

In 2004, the County of Riverside dedicated the Desert Resorts Regional Airport in honor of Jacqueline “Jackie” Cochran, who was one of the most prominent aviators of the 20th century. Cochran held more speed, altitude, and distance records than any other pilot, male or female. She was a long time resident of the Coachella Valley and regularly utilized the airport in Thermal over the course of her long aviation career.