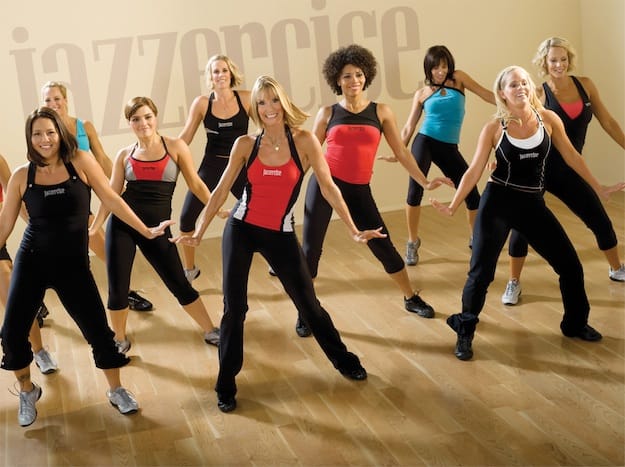 Judi Sheppard Missett, a part-time Rancho Mirage resident and founder of Jazzercise, will return to the desert, June 28-29, for the Jazzercise Fitness Fiesta Convention at the La Quinta Resort.
courtesy of Jazzercise

Drive up to the entrance of Jazzercise’s corporate headquarters in Carlsbad, and you’ll notice something doesn’t quite fit.

Instead of the traditional landscaping you might expect to see on a road lined with corporate-like buildings in what is described as a seaside resort city, the front entrance to Jazzercise has desert plants complete with cactus.

It’s just another example of founder Judi Sheppard Missett distinguishing Jazzercise, which has defied the odds by remaining one of the oldest icons in the fitness industry for more than 40 years.

The desert landscape is no mistake. Sheppard Missett has been a part-time homeowner in Rancho Mirage for nearly a decade. She bought a home in the Tamarisk Country Club that was originally built in 1959 by the Marantz Company.

“The desert is definitely a place I can get away to and just forget about everything, and just do whatever I feel like doing,” said Sheppard Missett, whose house was showcased in the April 2006 issue of Palm Springs Life.

“That doesn’t mean I don’t go to class, I always do or sometimes I teach," she added, indicating her business is also her lifestyle.

“I do that, and then I come home, and I never seem to get out of my workout wear all day long. The day passes so quickly. It’s just nice to be that casual and not to go anywhere or do anything. It’s a great place to get away.”

Sheppard Missett purchased the home after seeing it in the “Hot Properties” section of the Los Angeles Times, and discovered the home’s midcentury modern architectural style was a signature style of the desert area.

“In the beginning, I wasn’t aware that the Palm Springs area was so rich in that mid-century architecture,” Sheppard Missett said. “There were so many wonderful examples of many different architects styles in that era.

“Then, as I became more interested in design and architecture, I began to realize, ‘Oh wow, this is a treasure trove’. It really is. It’s phenomenal. I feel so lucky to have found a house that represents that area that is so beautiful and works so well for my family and me.”

Sheppard Missett will be returning to the desert next week when Jazzercise will host the Fitness Fiesta Jazzercise Convention, June 28-29, at the La Quinta Resort & Club.

The two-day fitness extravaganza will attract more than 900 fitness enthusiasts and provide an opportunity for the public to participate as well.

The highlights include a home workout, Dance HiiT by Jazzercise, will be filmed live on location featuring convention attendees. New Jazzercise routines choreographed and led by Sheppard Missett will be taped live and then sent to 7,800 Jazzercise instructors around the world.

To attend the convention, register for a $99 day pass at the Flores Ballroom at the La Quinta Resort.

Click on the VIDEO to hear the secrets of the Jazzercise success story from founder Judi Sheppard Missett.