Joyce Bulifant Taught Fred Astaire How to do the Twist 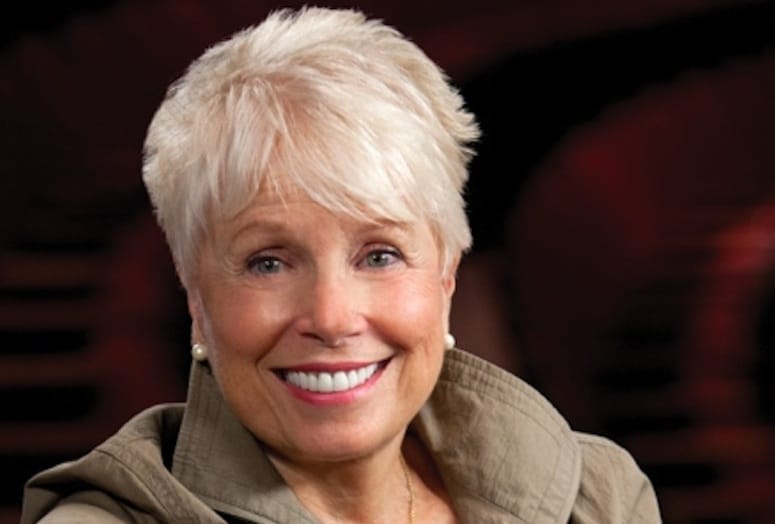 Joyce Bulifant remembers teaching Fred Astaire to do the twist.

She was working with the world’s most gifted dancer for a show called "Mr. Lucifer", an Alcoa Premier series.

“I got to dance with him, and I thought that we were going to be floating across the dance floor and my chiffon dress would twirl around,” says Bulifant. “But we had to do the twist. And, he said, ‘I don’t know how to do this’. So I taught Fred Astaire how to do the twist!”

Bulifant, 76, who lives in Rancho Mirage, is probably better known for playing the wife of Murray Slaughter (played by fellow Rancho Mirage resident Gavin MacLeod) on “The Mary Tyler Moore Show”, or acting roles in the movies “Airplane” and “The Shining”.

But did you now she also provided the mermaid's voice in the 1970s commercials for Chicken of the Sea canned tuna?

Behind the scenes, however, is where Bulifant may be doing her best work. She serves as executive vice president of The Dyslexia Foundation (a condition she has); she and her husband of 11 years, actor Roger Perry, founded the River Bridge in Colorado for abused children, and Bulifant is chairperson of Tools for Tomorrow, which supports local after school arts programs.

Between the pair, they have 10 children and 16 grandchildren and Bulifant revels in being a mom, step-mom, and grandmother. “Outside of theater, my family is my greatest joy,” she beams.

Bulifant and Perry will perform together Jan. 17 in the award winning musical “I Do, I Do” to benefit a new autism center for Cal State San Bernandino’s Palm Desert Campus. The next night, Bulifant will also star in an ensemble cast of “The Man Who Came To Dinner” to support Coyote StageWorks.

Palm Springs Life had a chance to catch her between rehearsals.

You are starring in two local plays in one weekend. Is it difficult to prepare for two at once?
“No, I’m a ham. I would jump at the chance if they asked me to do one more the following day! Luckily, one play is a staged reading and the second I’ve done before. It’s a concert, song version of “I Do, I Do”.  Roger and I have done it before to raise money in Colorado for our abused children’s charity.”

Between your family, charitable works, and theatre projects, you have a lot on your plate. How do you keep it together?
“I actually have dreams that I have arrived somewhere and I don’t have on my clothes. I’m just in a bathrobe and I don’t know what to do!”

How has your career changed through the years?
“I don’t get to do as much theater, and it’s changed because I don’t get paid anymore. (laughing). I do everything for free! What’s great now is to be at the point in your life where you are not paid but can give back to different charities.”

What is something our readers may not know about you?
“Well, that I have a 50-year love story. My husband Roger and I have been married for 11 years. But we actually met in 1962 and had such a connection. We did a show together and I never forgot him. Between marriages, years later, we dated and it didn’t work out.  Then our paths finally crossed again and we were both single and it was as if he never left my heart. It’s wonderful we can be together and help raise funds for theater and children. That makes us very happy.”

What are some places people are likely to spot you locally?
“Our favorite local haunts are The French Corner in Palm Desert for Lemon Meringue pie and Il Sogno on El Paseo. “It’s like a little trip to Europe. They have a cucumber soup that is wonderful,” says Bulifant.