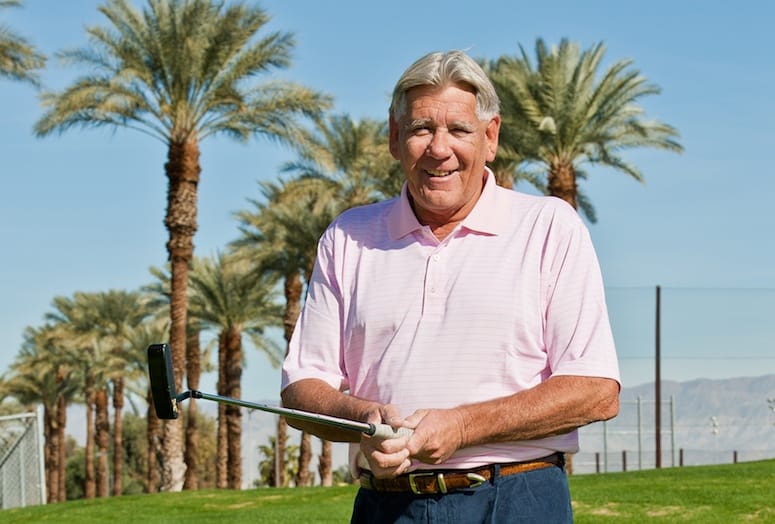 Kenny Giannini wants to put a stop to those putts that seem to get away from you.

With more than three decades in the putter design trade, he's a master craftsman in the technology and, yes, the intimacy of the flat stick.

"The putter is a personal thing," says Coachella Valley-based Giannini. "I have one that I putted with for 23 years."

After 35 years of plying his trade with the Ben Hogan Co., Cleveland Golf and Mizuno Golf, Giannini debuted his eponymous line of Southern California-crafted putters in January of this year. The resulting five models (with four variations of options) have drawn a line in the sand amid the ever-competitive golf equipment business.

The true lie on turf combines with Giannini's trademarked, Soft Slotted Face Technology (SSFT), a slotted sole concept that Giannini created (and shelved) 15 years ago before implementing the idea toward his own product. "These are the best putters that I've ever done," says Giannini. "The putters don’t torque and all the inertia is transferred to the heel and the toe, so the putter stays square anywhere you hit it on the face."

With a strong, simple look, the putters pass eyeball inspection for those seeking a classic aesthetic.

"I don’t design my putters to look like a billboard," Giannini says. "I don't want anything on the ground that distracts the golfer. I want a dull black finish, or satin, that has no reflection back to the eyes."

The tactual test is further pronounced. With the blade styles weighing in at 358 grams (up to 370 for the mallet line), the putters have a distinctive weight in one's hands.

And while Giannini has seen equal interest across all models, the "G-3 Slimline II" is a peach of a club. Producing a delicate, audial "knock" with a soft-feeling face, the blade's marriage of vintage artistry and modern technology result in a personal experience befitting the golfer's relationship with the putter.

Newcomers will recognize a dichotomy between the softness of the billet milled face and pronounced roll, but there's no question the club produces what its creator preaches. And the world's best are starting to take notice. PGA Championship winner Mark Brooks is working with a Giannini putter, as is Palm Desert's Byron Smith on the Web.Com Tour.

With his burgeoning product, Giannini is equally enthused about the opportunity to shave strokes for the mid-to-high handicap player.