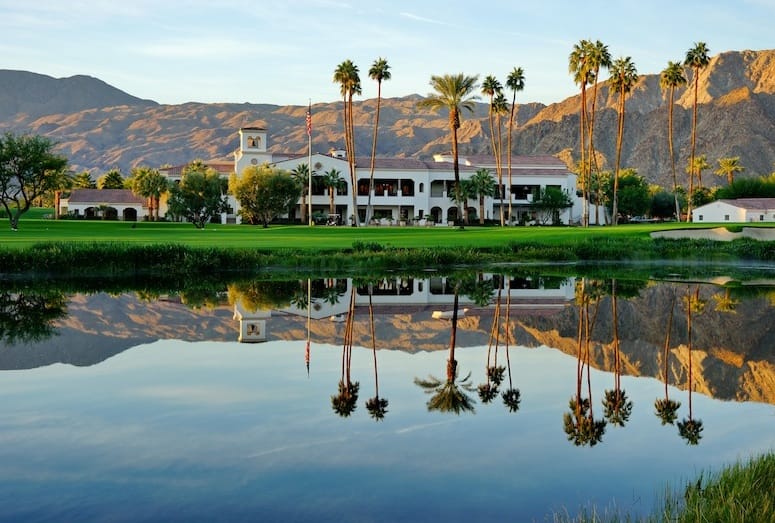 The long and varied list of courses played across the (soon to be former) Humana Challenge is a historical fairway replete with better than a dozen of the Coachella Valley's top tracks.

Yet, across a half century of PGA Tour golf in the desert, none has evidenced the continual commitment to consistency like La Quinta Country Club.

Established in 1959 and dedicated by President Dwight D. Eisenhower the following year, the most venerable private club in La Quinta was first a part of tournament back in 1964, when the event was still known as the Palm Springs Golf Classic, a year before Bob Hope attached his name to the tournament.

Through the decades, the list of golf greats, politicos and celeb members who have enjoyed these elegant grounds runs innumerable, like Eisenhower, Jack Nicklaus, Arnold Palmer and Clint Eastwood.

Recently, I had opportunity to play at La Quinta Country Club or the Humana Media Day. And truth be told, I had been desperately itching to play this course since covering the Humana back in 2012, when crazy winds suspended play for the day and I had the opportunity to bug/interview a host of Tour players as they returned to La Quinta's Santa Barbara-style clubhouse to wait out the gusts (play wouldn’t resume that day) and dine amongst their families and colleagues.

For Media Day, I found the classic design from Lawrence M. Hughes to count among the most choice of desert golf experiences I've had the pleasure to play. Coupled with mature tree-lining and beautific bunkering are deservedly-lauded putting surfaces that are among the truest I've ever placed my Odyssey putter upon. (And it's worthy of note that these exceptional greens are actually slowed for Humana play, so as to present a speed uniformity with the rest of the tourney rotation).

Prior to the round, I enjoyed a few minutes with Bruce Zahn, general manager of La Quinta Country Club, and club president Roger Buford.

"Our relationship with the Hope, Humana and Desert Classic Charities for 50 years speaks to how the golf professionals all feel about the course and the enthusiasm from our membership, board and staff toward supporting the event," says Buford. "Personally, I've played in the Hope/Humana eight times, with 32 different pros and, to a man, every one of them tells me this is one of the best courses on tour. And many have told me they feel the greens here are better than Augusta – and they always are."

Hole No. 8. The greens at La Quinta Country Club are considered even better than Augusta National.

"I think it speaks to the heritage of La Quinta Country Club, as well as the event. Being part of it for 50 years is a wonderful tradition. Yes, the members do give up their golf course, but it's something I think that over the course of time has really proven to be a beneficial relationship."

With the July announcement that the two PGA West courses (Nicklaus and Palmer Privates) will depart the Humana rotation after this year's event, La Quinta Country Club remains the constant. "Regardless of what happens, we're not panicking," says Zahn. "The board has made a commitment to remain involved with the event. John Foster (president of Desert Classic Charities), a former board member and past president of this club, he's said to me oftentimes that La Quinta Country Club is a piece of this big puzzle that he never has to worry about; and how much he appreciates that we're the one constant in a lot of change in the event over the years."

"And I think this membership really appreciates the philanthropic aspect of the tournament; this is our way of being able to support the charities within the community and to give back," Buford says. "There's no commercial aspect to this club; we've got a group of people that own it and a staff that runs it and, together as a team, we're united in support of the tournament."