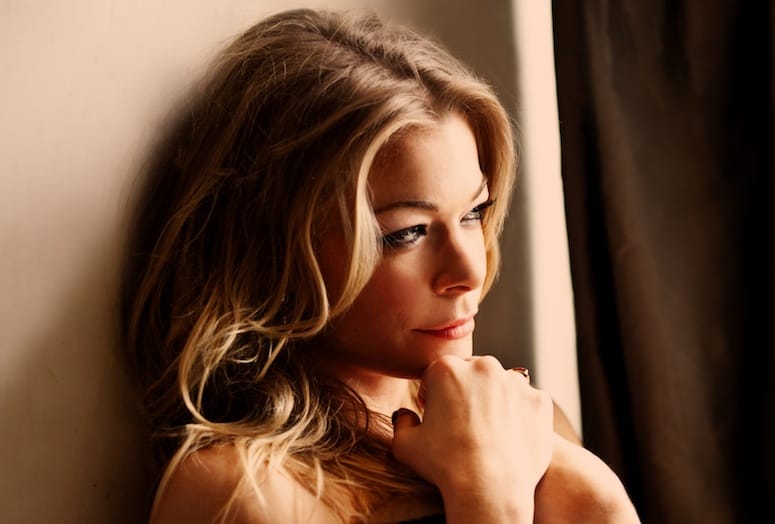 LeAnn Rimes makes a stop at Spotlight 29 Casino in Coachella May 9.
Photo by Sara Hertel

The tabloids and social media have had a field day ever since LeAnn Rimes and Eddie Cibrian married.

So you might think the last thing the couple would want to do is a reality TV show.

“We both were very standoffish about doing this for so long,” admits Rimes to Palm Springs Life.

But starting in July, Leann & Eddie will appear on VH1 in what Rimes hopes will give viewers a more realistic look at their life than what is portrayed in the gossip columns.

“We met with the people at Gurney Productions, who do Duck Dynasty, fell in love with them and they got what we wanted to do,” Rimes says. “VH1 was the same way. It was kind of a perfect storm of working with people who really respected you as artists and talent ,and got that you wanted to poke fun at yourself and allow people into our world in a way that they get to see pieces of who we are and the situations that we deal with.”

Rimes, who will perform May 9 at Spotlight 29 Casino in Coachella, talked more about the show and her music. What was it about the VH1 show that you wanted to make sure got across to the audience?
“We didn’t want them following us around 24-7. They were very specific things we wanted, a very specific story we wanted to tell. Especially with the tabloid rumors, we could poke fun at them. They gave us free reign to tell the story we wanted to tell. There is no script involved. Everything that goes on is the way Eddie and I experienced it. Eddie and I really do poke fun at each other. Our relationship is constantly picking on each other and making each other laugh. You get that when you watch the show. You get to see the craziness of our lives. There is drama that people want to see, but I’m not throwing a plate at Eddie’s head. It’s more humor to it than anything. We have Eddie’s boys (Cibrian’s two sons from his marriage with Brandi Glanville) half the time. It gave us both the chance to be at home and kind of have a 9 to 5 and be with them a few months. For our family, it was fun as work. It was a smart decision, I think.”

You already lead a public life as an entertainer. Were you wary that this would put you out there even more for people to take shots at you?
“I know that it does, but they already do it anyway. To us, this is a way for us to take control and present ourselves as real people. People forget this is not a soap opera in a magazine, this is a real life. I think this is more empowering.”

You hit stardom at age 13. Miley Cyrus recently has been going through a transition period to separate herself from her childhood stardom. As you moved into adulthood, did you ever feel like you needed to do a complete makeover to create a different identity as an adult performer?
“I think it’s hard to break through from child star to adult. To break through that wall where people constantly see you as a 13-year-old singer. We grow, we change and sometimes it’s hard for people to realize that even though you are a star, a celebrity and have this talent, you are still a human being, and you go through the same kind of testing boundaries and changing from year to year as any other 13 year old would. The difference is you have a million eyes on you. It is difficult and very hard to do, and very few child stars actually do make that transition. For me, a lot of the time, there was Leeann Rimes the celebrity and Leeann Rimes this kid trying to find her way. Now I have made that transition. The fact that people are interested 20 years later, and I have this opportunity to embark on a new record deal really kind of solidifies my footing as an adult performer, as a songwriter with a voice with something to say. It’s an amazing place to be.” What has allowed you to stay true to your music, or have there been significant changes?
“I think I’m truer now than I ever have been. Spitfire was the first record that I felt comfortable with what I was saying and the truth that was coming out. The humanity of the album, and I think that is how I will be approaching music from here on out. Bringing that older style and sense of country music but putting a new twist on it so it sounds modern. There is so much heart and soul that I have found in old country music through artists like Janis Joplin and Patsy Cline – the things that I love that I am bringing to my music now. There is a lot of soul in my music. There is raw honesty. Talking about things that sometimes that may make people uncomfortable to talk about but they are finding themselves within it because they have experienced those emotions. That’s really where I am.  The honesty of Blue has truly resonated with me. That’s the honesty I am going back to.”

When you released Spitfire, I read a quote where you said the “intimacy in my music is just beginning.” So are you more in touch with your feelings now than you did when you were 18?
“I think I was definitely in touch with those feelings when I was 18, but I don’t think I gave myself permission to write about those in such an honest way. It’s hard to take a look at yourself.  It’s brave. I don’t think I was that brave, but not in that way to say whatever I wanted to say to get it out of me and be human about it. I felt like maybe I had to hide things because God knows someone would judge me about it. That’s really what stripping away is –  that fear of being wrong , fear of judgment, to allow me to become the artist that I know is there, or the human that I know is there.”