Lily Tomlin Took on the Phone Company With Ernestine 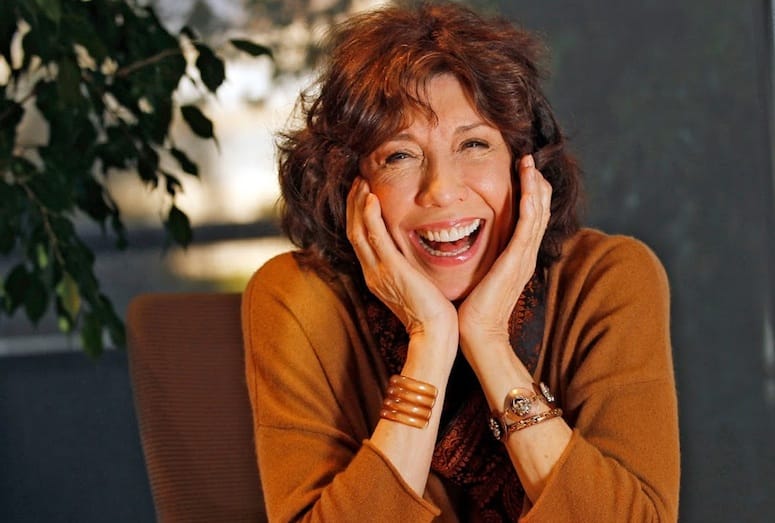 She never expected that Ernestine, the sassy telephone operator from “Laugh-in” with the 40s chignon hairdo, would endure for more than four decades.

Tomlin will appear March 21 at the McCallum Theatre in Palm Desert.

She recalls the “oh wow” moment when she first saw Ernestine onscreen. “I was watching the 5 o’clock publicity feeds for the show,” Tomlin recalls. “Of course, I had seen Ernestine in the mirror, but watching her onscreen was different. There was something real and broad about her.”

As part of her shtick, Ernestine jabs at the phone company.

“People hated the phone company, especially in New York,” Tomlin says. “The company was so focused on corporate databases, that you couldn’t get a private line installed.”

“We are the phone company, Mr. Beadle,” says Ernestine of the “Laugh-in” skit that can still be found on You Tube. “We are omnipotent. That’s ‘potent’ with an ‘omni’ in front of it.”

It’s not unusual for Ernestine to use customer’s tax records, bank statements and other privileged information to extort payments.

Ma Bell employees loved Ernestine, and gave her a community service award, but even before “Laugh-in” aired, the company tried to stop Ernestine from appearing.

“The word got out that an actress was ridiculing the phone company,” Tomlin says. “They tried their best to take it off the air.”

But then Ernestine became an overnight sensation.

After “Laugh-in” ended in 1973, Ernestine lived on in Tomlin’s stand-up routines. Then the phone company asked Ernestine to appear in their commercials.

“I burst into tears when I got the news,” Tomlin said. “They were offering me a ridiculous amount of money, but I couldn’t do it. I truly believed that I was making an important social statement.”

At the McCallum Theatre, Tomlin will introduce 10-12 characters, which includes a male bar cruiser and Madame Lupe, the oldest living beauty expert. “When I was growing up, beauty experts like Estee Lauder were old! You never saw a current picture of them because it would destroy their business,” Tomlin says. “Madame Lupe makes everyone up, but they always end up looking like her!”

Just a few months ago in January, Tomlin married her partner of 43 years, Jane Wagner, a comedy writer/director/producer. The two have collaborated on many award-winning shows.

Recently, they produced an HBO documentary called, “An Apology to Elephants,” which outlines the exploitation of elephants, for their ivory and entertainment purposes. The documentary, narrated by Tomlin, is to let people know that elephants need our help.

Right now, about 38,000 African and Asian elephants are being killed each year for their ivory.

“Don’t buy ivory,” Tomlin says. “They use helicopters and shoot elephants from the air.”

According to the documentary, once the adults are killed, the baby elephants are taken to perform in circuses. They are controlled with bull hooks in sensitive areas, including their ears, above their eyes and on their anuses.

“They perform these tricks because they want to avoid pain,” Tomlin says in the documentary.