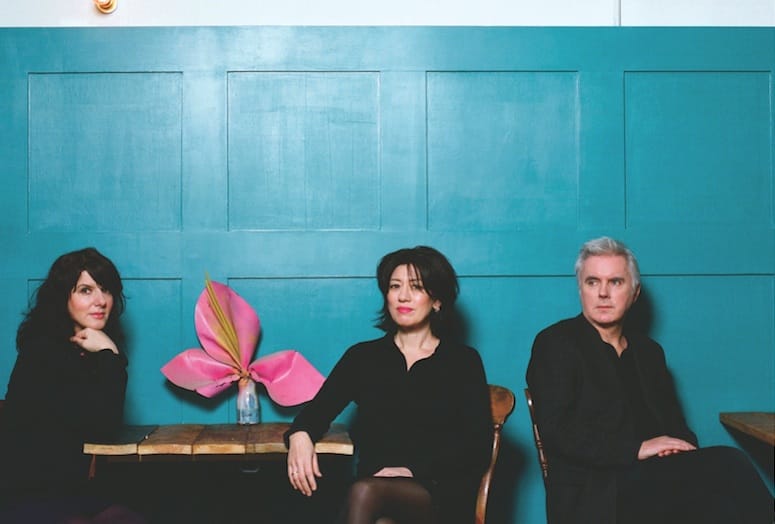 Reunited, and it feels so good. Just ask Miki Berenyi, cofounding guitarist/vocalist of the influential 1990s British shoegazing band Lush, which recently got back together after a 17-year hiatus and is making its Coachella debut April 16.

“I’m a bit nervous,” Berenyi admits. “I’ve never been to Coachella, and we don’t have that huge an experience of playing festivals. Usually, you play your own show, and obviously everybody’s there to see you. But we were really flattered that we were asked. It seems like a pretty big deal.”

Lush was in the thick of leading one of the ’90s’ biggest alternative-rock movements alongside bands including Ride, Slowdive, and Swervedriver before calling it quits by decade’s end. Now back with a career-spanning boxed set aptly dubbed Chorus and an EP of new material called Blind Spot, Berenyi and her bandmates are more than ready to again embrace the “S” word — albeit in their own way.

“To me, ‘shoegaze’ as a term was a bit of an assault,” she says. “It was coined as a derogatory term to slag-off the more introverted vibe of bands that didn’t fit the definition of Britpop. So it always felt like it was an attack, put into negative terms.

“Also,” she continues, “I have to say, coming from the inside, you’re never going to get a straight answer from any of those bands. No one wants to be lumped into a scene. Quite frankly, if you stood us and

Ride and Slowdive side by side, and you came looking at it from different eras, I don’t think anyone would naturally compare us.”

Genre labels often are used to foist bands together under one umbrella, like it or not. “It just happened we were there at the same time, and so people would go, ‘All right — they use effects pedals, so they’re all very similar,’” she observes. “I don’t personally see it. I see the differences in those bands, rather than the similarities.”

Besides, Lush didn’t exactly stand still to fit the shoegazing mold; more often than not, they were looking up rather than down onstage. “I know! I was quite insulted! I thought, ‘Bloody hell! I’m working my ass off up here!’” Berenyi laughs. “Somebody sent me a review the other day of some sort of shoegazing compilation out now on Cherry Red Records [the five-disc Still in a Dream: A Story of Shoegaze 1988-1995]. It was the first time someone had tried to nail down what that sound was and describe it in all sorts of nuanced ways. It’s brilliant.”

Berenyi and her main foil in Lush, guitarist/vocalist Emma Anderson, were essentially in the right place at the right time when the band first came together. “The way we formed was very much a part of the time, where you could fall over in London and join a band,” Berenyi notes. “Everybody was doing it, which was a great thing. It was really the atmosphere at the time. But honestly, anyone you met would be in three different bands.”

Lush plays Coachella the same day Guns N’ Roses is headlining, which makes us wonder: If you could sing a duet with Axl Rose, what song would you sing with him? Berenyi pauses, chuckles, and then ponders, “Should we ask him if he’d do ‘Ciao!’?”

Berenyi and Anderson are putting the finishing touches on their Coachella set list, grappling with how to mix touchstones like “Sweetness and Light” and “Ladykillers” with new material. “There is a technique for dovetailing the two, isn’t there?” Berenyi muses. “It’s a bit weird coming back after all these years off. Do people just want to hear the old stuff, or do they want us to play the new stuff? Sometimes I think the worst words people can hear at a show is, ‘This is our new song.’ That usually means it’s time for them to go to the bar!”