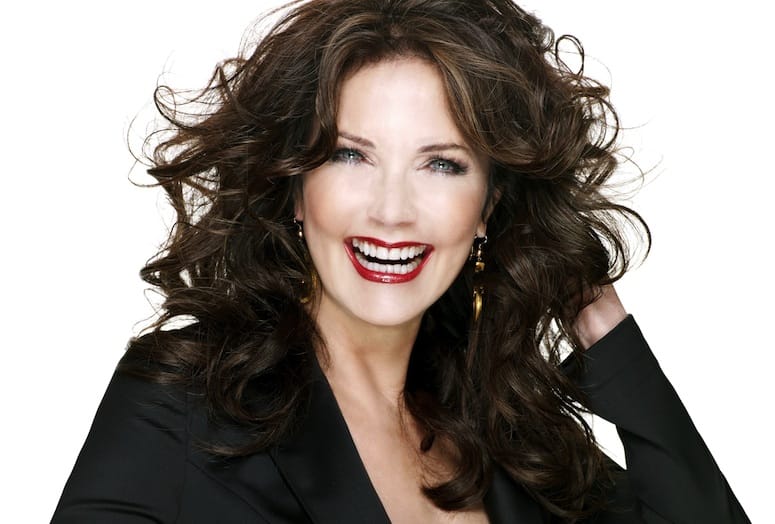 Even nearly 40 years since The New Adventures of Wonder Woman first aired on TV, Lynda Carter carries a reminder of the role.

The actress owns both of the original television Wonder Woman suits, including the 1940’s period costume and the updated version that she wore in the 1970’s.

“What can I say, I read the comics when I was a kid,” says Carter. “Wonder Woman is a force. She’s fantastic. It’s absolutely thrilling to be a part of it.  At the time, there were not many good roles for women. Advertisers were concerned that a woman couldn’t hold a show. This part was a first in many ways and it was a chance to portray a heroine that is beautiful, strong and smart.” “Being known as Wonder Woman is a little hard to keep up with,” she says with a sense of humor, adding, “Obviously it’s a hard act to follow. But I do try to keep in shape. I don’t want people to be disappointed.”

Carter is a modern Wonder Woman herself, raising a family and juggling a multi-faceted career as a TV star, Emmy winner, singer, and humanitarian. She will be honored for her accomplishments with the 369th Golden Palm Star on The Palm Springs Walk of Stars May 10 at The Corridor Shops on North Palm Canyon Drive.

“ I’m so excited about it,” says a surprised Carter. “The fans got together to make this happen and it was a big surprise to me. I think its great. I feel very touched.”

A Daughter of the Desert

While Carter currently resides on the East Coast and loves the changing seasons, she grew up in Phoenix, Ariz. A born musician, she began singing professionally at 14 and attributes her survivor instinct to desert life.

“I remember the heat and we could fry an egg on the sidewalk,” she recalls. “You also had to shake out your shoes before you put them on. I’m really not afraid of anything. I’m a daughter of the desert.” Mixing it Up
Carter also loves interacting with audiences while on stage, and she continues to perform and tour. She recently released CDs, "At Last" (2008) and "Crazy Little Things" (2010). The "At Last" CD landed at No. 6 on the Billboards Jazz charts.

She enjoys creating musical arrangements with an element of the unexpected in her concerts.

Her style is a mix of genres because, “a girl can’t make up her mind,” she says, laughing. “My background is blues and country, but there is an unstructured element to music I like to sing. Influences from jazz and country, old style blues…it’s pretty cool.”

“There is an open feeling,” she adds. “I do a lot of cover songs. I sing a bit of everything. Billy Joel, The Black Keys, Billy Holiday, but I make them my own. I don’t try to fit in a mold or a theme. It’s like hitting ‘shuffle’ on your playlist and you don’t know what’s going to pop up. I always try to surprise.”