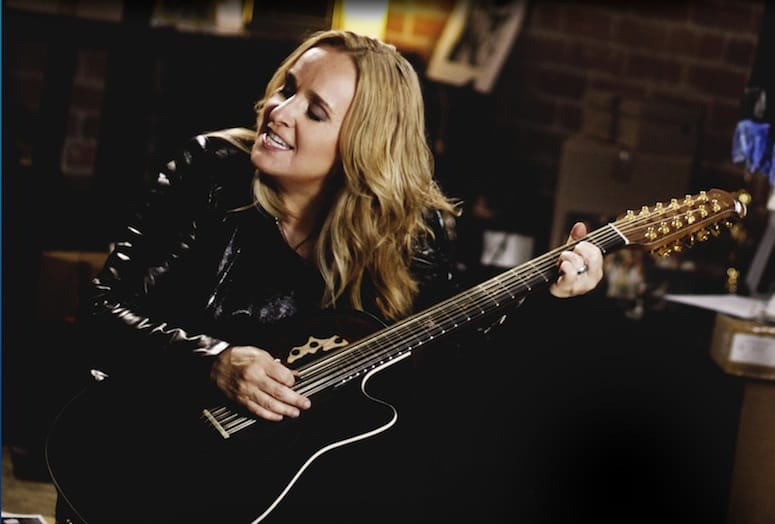 Retirement is not a word in her vocabulary after being in the music business 25 years. Her recently released 12th album, This is M.E., is an anthem to new Rock ‘n’ Roll independence.

She finds a deeper connection to her audience the more honest she gets with her lyrics. When Come Through My Window wrapped, she thought it was too personal, wanting it off the album, yet left it on. It became one of her greatest hits. Allowing her personal stories to continue to inspire others, Etheridge celebrated her first legal marriage to soulmate Linda Wallem in 2014. Palm Springs Life caught up with Etheridge to talk about her passions.

You co-founded the “Uprising of Love” Coalition, tell me about that?
"It started in 2013, the Supreme Court had just voted down DOMA (The Defense of Marriage Act) and Prop 8. There was such a great feeling for the LGBT community. We had pushed the boulder over the top of the mountain, we looked around, and saw that there are many other mountains in other countries that were still throwing us in jail and killing us. It’s an organization that has leaders around the world working out of their basements, you know this is not a well funded movement."

You wrote a song “Uprising of Love” to support the groups campaign?
"Absolutely. That’s what I do best…I can inspire. I was hoping to throw some attention, inspire, and gain attention to this movement. To understand that love is the best choice in the world. These rights are given to everybody."

You just put out This is M.E. How did you choose that title?
"This is the first album I put out on my own independent label. I took the big leap and it’s been very rewarding  It’s taking my independence back. It’s a lot of me on this album. I collaborated with other artists, I made some bold choices that I really felt paid off, and working with Jerry 'Wonda' [producer] of The Fugees. All my influences are here on the record. It’s my favorite record I’ve made in a long time."

Favorite Fugees song?
"Killing Me Softly …Lauryn Hill’s version, I could just listen to it a hundred times."

Most challenging song you wrote for this album?
"Who Are You Waiting For took the longest to write. It’s to Linda [Wallem], my wife. I sang it to her at our wedding. I hired a string quartet and sang the song to her for my vows on our wedding night."

Have you written songs for your children?
"Fearless Love has a song called Gently We Row that I wrote for my daughter. On this last album, the song You Will is the bonus track…written for my son."

When you reflect over your life, what is your biggest “a-ha” moment?
"I’ve had so many. I’m so grateful for them all. Singing with Bruce Springsteen in 1994 for my MTV Unplugged…I never thought I’d get to sing with Bruce, who is my idol…I wanted to say “STOP! Let me just live in this moment for a second!" I mean, I’ve sung for Presidents, at The Grammys…anytime I can reach many people, I’m always honored and humbled by that. Those are the moments that always come back to me. When people come up to me and say, 'You’ve changed my life' or 'You’ve made a difference,' that’s what it’s all about."