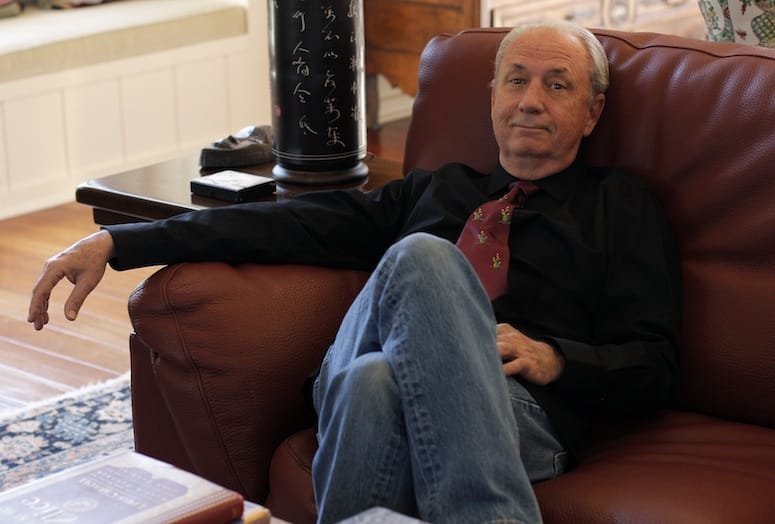 The first song Michael Nesmith ever wrote was a lullaby for his mother.

The ones he penned in the 1960s were recorded by Linda Ronstadt and the Stone Poneys, Nitty Gritty Dirt Band, Paul Butterfield Blues Band, and, of course, The Monkees.

The Monkees launched Nesmith’s career as a pop musician. However, in his real life, he is a Texas born, country rock ‘n roller. Drawn to music “since birth,” his path never strays far from his first passion, country rock music.

A former Palm Springs resident, Nesmith is a “real desert lover” who will always “return to music, drawn by an inner fire and the joy of live performance.”

Touring this summer with The Monkees and then on his own again in the fall, he is a musical troubadour who loves his craft.

Nesmith, 71, took the time for a rare interview with Palm Springs Life.

Have you ever spent any time in the Coachella Valley area? If so, do you have any fond memories?
​"I had a home Palm Spring for a couple of years in the late 1960's. I am a real desert lover.​"

Will you perform any special songs at Stagecoach?
"​I plan on playing my solo Country Rock song up to and including my newest material. I enjoy all the traditional songs and particularly Country Rock. But among my favorites to play and sing is Rio, and it is very far from a country tune." You created a promo music video for Rio in 1982, which won a Grammy for first long-form video, then subsequently started Pop Clips, which became a new channel called MTV. What inspired you to take the idea to the next level?  Do you consider yourself a musical entrepreneur?
"​When I made Rio I didn't fully understand what I had — and frankly neither did too many other people. It was a time for exploring possibilities and the thought kept coming to me to think of this as a "video" rather than as a short film or a television piece. From there I thought about what might be an equivalent to this video — like radio was to records. From that point of view it seemed obvious the answer was television, but these videos would need their own channel, thus MTV.​ A fortunate train of thought, not really entrepreneurial."

As a country musician from Texas, did being a part of such a famous TV pop group like The Monkees ever feel like it hindered or changed your music career path?
​"The Monkees were more of a television attraction than musical, and the music sort of surprised everyone at how well and broadly it was accepted. It was very different than the music I was making as a solo artist, so the two never really crossed. Overall, I think of The Monkees as helpful and it was a great way to spend my youth.​"

You’re planning a Monkees summer tour and the doing another solo tour in the fall this year… what do you look forward to most on these upcoming tours and how has performing changed for you throughout the years?
"​Performing itself is the reward, playing to an audience and sharing the same state of mind. There is no other art form like it, and it is very satisfying to me as an artist. Performing today has the best sound and technology that has ever been, traveling is comfortable, and being on the road can be an inspiring time.​"

Throughout your years touring with The Monkees, do you have any favorite memories or moments performing or taping a certain show with them?
​"I particularly enjoyed filming a segment called "the Fairy Princess". I got to play the lead and play it in drag. It was great fun as far as Monkees shows went.​"

If you could do one thing differently in your life looking back, what would it be and why?
"​I am well satisfied. Can't think of a thing I would change. I have a lot to be grateful for, and I am.​"