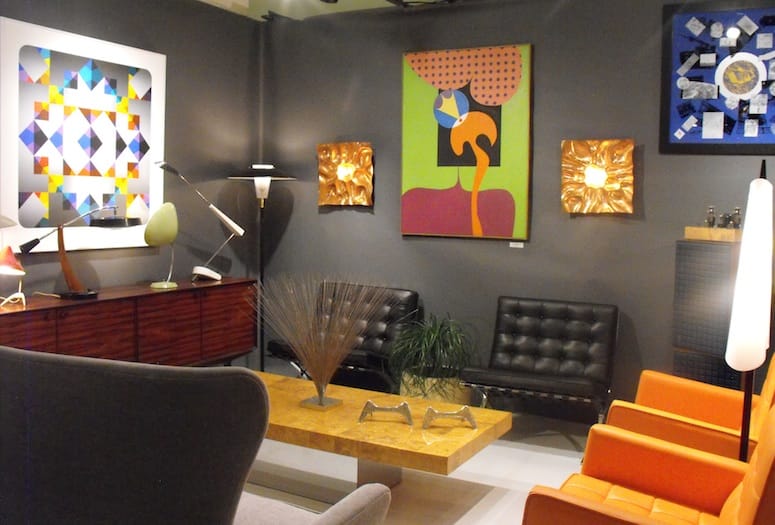 The 16th Annual Modernism Show & Sale is not done growing.

Even with the buzz at Friday night’s (Feb. 12) opening centered around the show being bigger and better this year, clearly this collection of 20th Century furnishings, decorative and fine arts is on a trajectory to outshine and outdo itself from year to year.

“We are looking to expand the show with larger exhibit space next year to allow for a center café and lounge as well as 10 additional dealers who were wait-listed this year,” says Rosemary Kreiger, founder and principal of Dolphin Promotions, which puts on the show at the Palm Springs Convention Center. A rare cabinet offered by Pierre Anthony from Italian designer Mimmo Rotella in 1970.

“We produce 12 shows across the country and this is among our favorite and most successful events, plus we absolutely love coming to Palm Springs!” she adds.

The Modernism Show & Sale, which began in 2001, was actually the genesis of Modernism Week. The idea was to provide show attendees more modernism fun – a little idea that has morphed into a cultural phenomenon. “This show competes with New York and London because Palm Springs has become well known as an important marketplace,” said Gordon Merkle, of Dolphin Promotions. An eye-catching piece from Rich Carmichael of Billings Auction in Los Angeles. An unusual lighting treatment from Katz-lekube in Oakland.