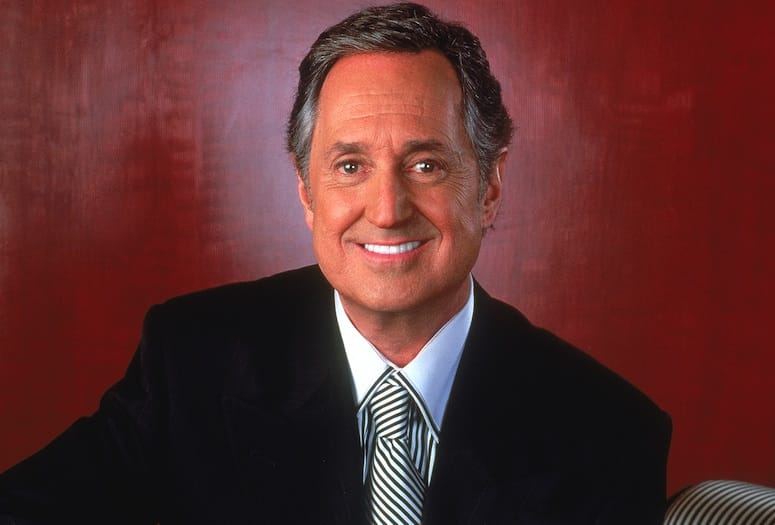 When Neil Sedaka was in the second grade, a teacher took note of his musical ability, and sent him home with a note asking his parents to buy a piano. His father, a cab driver, scraped together the money to get his son the instrument.

After practicing six hours a day, seven days a week, Sedaka was hailed a child prodigy and granted a scholarship to the prestigious Julliard School of Arts in New York City.

Realizing classical music wouldn’t pay his bills, Sedaka formed a group called “The Tokens” while in high school. After gaining the skills to write and perform his own songs, he decided to go solo. A member of the group, Jay Segal, became famous for hits like, The Lion Sleeps Tonight. Neil Sedaka credits his longevity to reinventing himself.

Sedaka went on to pen and perform legendary hits like Breaking Up Is Hard To Do for many generations of music fans. Connie Francis sang his hits Where the Boys Are and Stupid Cupid. Frank Sinatra, Captain and Tenille, and Troy Akin have covered his songs.

Neil Sedaka performs his hits Dec. 6-7 at McCallum Theater in Palm Desert. He says he looks forward to his desert dweller friends Nancy Sinatra, Barry Manilow, and Keely Smith coming to his shows.

Do you have fond memories of writing Happy Birthday Sweet Sixteen or Calendar Girl?
"Yes, I wrote those songs with a great lyricist Howie Greenfield, who is no longer with us. I have fond memories of writing “Breaking Up Is Hard to Do”. I would usually come up with a tune first, then I presented it to Howie, we sat at the piano, and we’d both collaborate on words and music together.  I’m very proud to be a part of the history of American rock ‘n’ roll with Buddy Holly, Roy Orbison, and Elvis Presley. I was at the right place at the right time. There are other people who have that opportunity, but if they don’t have the goods, in that moment, it’s not gonna happen. I’m lucky I had the talent."

Was Breaking Up Is Hard To Do a biographical account?
"Fictional.  I came up with the title. I thought it was a universal sentiment, and it certainly was. I see it over the years in captions in stories, newspapers, magazines, television, and movies. I was right on target with that title." Do you know musicians are doing covers of your songs in advance?
"No, just when it’s finished.  I’m hardly ever invited to the studio. Some of them are good, some of them are not so good."

What new projects are you working on?
"We are starting a show about the life of Neil Sedaka. It’s not a jukebox musical. It’s a very serious musical with all of my songs in it. It starts when I’m 8 years old and goes on to Laughter In The Rain when I was 35. I’m not at liberty to tell you who is writing nor directing the play. These are all very top-notch people. It takes about a year or two to get it running. Jersey Boys took almost 10 years until it went to Broadway. I’m hoping mine will be shorter than that."

Will it be biographical?
"Yes, the struggles, my music, my survival. I probably had one of the most remarkable come backs in music, besides Tina Turner. I wasn’t working for 13 years, and then came back and hit the charts with Laughter In The Rain. I have to thank Elton John for that. He was starting a record company, was a fan [of mine], and signed me to his record label."

What do you credit your longevity to?
"I’ve always re-invented Neil Sedaka. I’ve written more than 800 songs. I’m going back to my roots. I started as a concert pianist. After all the years, I got up enough courage to write my first piano concerto, my first symphony, and I’ve been doing them around the country with orchestras."

Have you performed that overseas as well?
"Yes, just two weeks ago at Albert Hall with the Royal Philharmonic. Not too many people have the musical training that I did. I wasn’t a four chord, rock ‘n’ roll person. It’s wonderful to be able to play a Beethoven sonata, but it’s not great for the pocket book. I was from a poor family. I wanted to be famous and rich. When I discovered that I could sing and write my own songs, I left the classical music. I never abandoned it."

When you attended Julliard, did you ever imagine that your career would be what it is today?
"My father, may he rest his soul, said, 'You know Neil, these songs are gonna out live you.' I wasn’t sure because they used to say rock ‘n’ roll will die, but I still hear songs I wrote 50 and 60 years ago on the radio, songs with different singers who recorded them; it’s quite incredible."