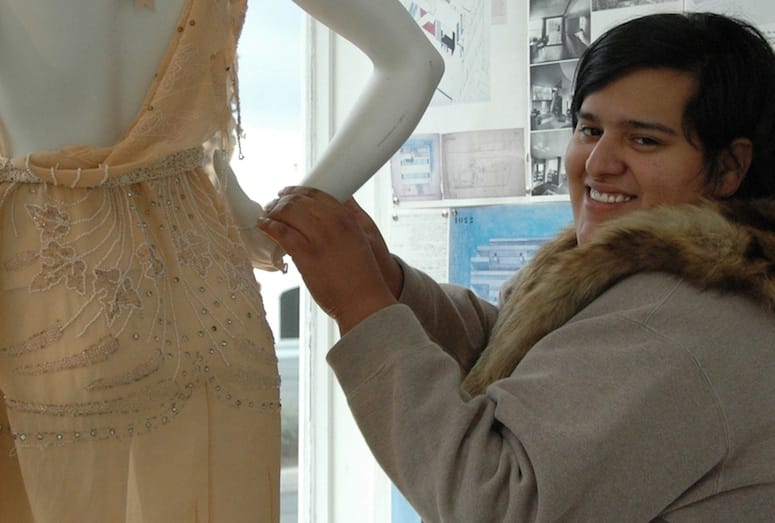 Even as a young boy, Nicolas Delgado embraced his own personal style by sporting American designer Ralph Lauren.

Initially, inspired by film costume design, he had dreams of one day becoming a movie set designer.

Fast forward a few years, and Delgado is now a well-known purveyor of collectible clothing and accessories running his successful consignment boutique, The Fine Art of Design-Collected Vintage in Palm Desert.

Growing up in the Coachella Valley, Delgado has a unique understanding of its culture, seasonal clientele, celebrities, high-end retail, as well as the generations of well-healed residents that have called the desert home.

Nicholas is the son of Joaquin and Sharon Delgado, part of the Las Casuelas family restaurant legacy.

“My second home has always been my parent’s restaurant, Las Casuelas Nuevas, in Rancho Mirage,” he says. “I grew up inside that restaurant and have tackled almost every job in the place for at least a day…including dishwashing,” Delgado says.

Although he still loves entertaining, Delgado understood the tough demands of the restaurant business and with the support of his family, decided to pursue a career as a fashion designer. He attended a summer program while in high school at the prestigious Parson's The New School for Design, and returned to earn his bacehlor's degree from  in design and management with a focus in Design Studies, history of fashion and interior design.

The experience proved to be inspiring as well as life changing.

“Author Jessica Glasscock, a curator for the Metropolitan Museum of Art's Costume, was my fashion history teacher at Parsons,” he says. “She changed my perspective on the cultural history of fashion forever.”

All in the Family

Returning to the valley, Delgado realized, “I could fill a need here. At the time, we didn’t have a boutique specializing in antique or vintage clothing… only consignment furnishing, thrift and charity shops. The area wasn’t taking advantage of the fashion history hanging in closets.”

“I was invited to lease the building from Ray and Kathi Rodriguez, they manage and own the building along with my parents,” he says. “I guess the situation was fate.”

The mid-century architecture makes a statement and gives the store a sleek first impression. It also happens to be one of the oldest buildings in Palm Desert and next door to Las Casuelas Café, no less, only adding to the store’s allure.