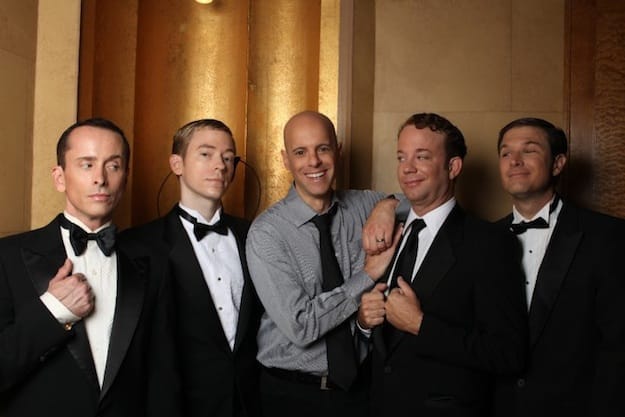 After a five-minute conversation with this Palm Springs resident, you’re laughing out loud and you want to hear more. You’re having fun. Maybe that’s the secret to his success.

Silverman is the critically acclaimed creator, producer, writer, and director for multiple Web television comedy series’ including “The Inn” and the award-winning “Pretty”.

Web television, as opposed to broadcast or cable TV, has increased its fan base as Internet media content and technology have become more accessible to wider viewing audiences. Web-episodes can include different genres in the form of previews, shorts, or commercials but usually are associated with a dramatic serial storyline.

According to Silverman, “Web series are the ‘Off-Broadway’ of television allowing actors to be characters that they are not always identified with. It’s also fun for the audience.”

For example, Silverman describes “Pretty” as “a story following a father’s dream for his daughter to win a children’s beauty pageant only she’s no longer 5 but 35 years old. It’s ‘Toddlers and Tiaras’ meets ‘The Office’. It is incredibly wrong, but it’s kind of current because our society as a whole has seemed to move away from wanting their children to go to Harvard but instead win ‘America’s Top Model’.”

To fuel the fan fire and heat up the fun factor, Silverman has put together the inaugural Web Television Fan Festival, “Hot as Hell”, Aug. 16-18, at the Riviera Palm Springs along with a host of fellow web series creators and cast members.

The weekend affair will offer an insight into four featured web series: “The Inn”, “Venice”, “Fumbling Thru the Pieces”, and “Pretty”. The schedule includes screenings with live commentary, panel discussions, never seen Web episodes, behind the scenes footage, “bloopers”, and a Q&A forum.

“Hot as Hell” will also give attendees what Silverman says is “full access to the stars and producers including popular veteran stars such as Denise Alexander, Michelle Lee, and Joan Van Ark.

Why did you decide to create a fan based Web fest and why Palm Springs in the dead heat of summer?
Previous Web TV festivals have been about screening episodes that might already be available for viewing with a focus on the people who made them and not the fans. We wanted to create a family reunion type of atmosphere to immerse fans in the fun. We won’t have any formal autograph tables. Instead, fans will mix and mingle with show creators and cast members in a more relaxed happy hour or breakfast settings. And I thought, why not Palm Springs as a destination in the summer? What better way to celebrate with fans…where it’s “Hot as Hell”!

How do you come up with such creative concepts?
I look at the world in a very different way. I like to take stories we know, ideas that are already out there, and twist them. If it's one of my projects, it's got to be fun for me and if it's fun for me, that typically translates to it being fun for others to be a part of and watch as well. My approach to life is the same. When something stops being fun, I stop doing it. I just don't waste time in the negative aspects of life -It's amazing how many wonderful things there are in the world when people focus on that instead of the negative.

What makes you so fun to work with?
I keep it fun. I keep the business side separate. It's an important side, but it doesn't need to be part of the creative process. I created “Pretty” without one thought of how much money I would make – I created it for the fun of it. Anything else that comes from that is gravy. Frosting? Gravy frosting.

What's the best time you’ve ever had on set?
There have been so many. I am blessed to say. The one that immediately comes to mind was our "Hot Mess" music video shoot. We had a studio for a complete day and I had some ideas but no actual shooting plan – which is so not like me. I decided for us to just spend the day creating it together – my production team and our actors. It was so silly, fun, unique and in the moment present. We laughed for six plus hours making that video. The other would be working with Joan Van Ark, dressing her up as a washed-up pageant kid, now senior citizen, filming her in a tiny space, and falling madly in love with her within the first few minutes. She is a gem. And of course, any time I get to spend with my best friend and lead actress on “Pretty”, Stacy McQueen, that is beyond gold times. See? I can't pick a single best. Life has too many to choose from!

What do you love the most?
I absolutely love being creative, writing, the arts, dogs, hikes, swimming, my soon-to-be-legally-married-husband. Life is too short to waste time on anything that isn't fun. If it's not fun, I'm not gonna do it.”